The B.C. government began the spring legislative session with a promise to move forward with the liquefied natural gas project that has prompted blockades across the country.

The Coastal GasLink pipeline that drew environmental and Indigenous supporters to the protest lines outside the B.C. Legislature on Tuesday was only indirectly mentioned in the Throne Speech – offered as an example of the government’s efforts to grow the economy within the limits of its CleanBC climate agenda.

“As work gets under way on the LNG Canada project – the largest private-sector investment in Canadian history – this government is seeking ways to reduce [greenhouse gas] emissions overall,” Lieutenant-Governor Janet Austin read.

The Speech from the Throne was a stay-the-course account of how the NDP government says it is building a stronger British Columbia.

A co-ordinated force of hundreds of protesters arrived Tuesday morning, blocking all entrances to the Parliament buildings and forcing the government to delay the official proceedings that mark the start of a new sitting of the House. Some elected officials were unable to get into the legislature, but most were escorted by security officers through jostling, noisy crowds who chanted, “Take apart the settler state.”

Protesters have been camping at the front entrance to the legislature since last week in support of a group of Wet’suwet’en hereditary leaders who oppose the route that has been approved for Coastal GasLink. The pipeline, which is part of the infrastructure needed for the $40-billion LNG Canada project in Kitimat, has the support of all 20 elected First Nation councils along the route.

Instead of seeking a court injunction to clear the demonstration before Tuesday’s events, the government cancelled the military honour guard that traditionally marks the start of the new legislative session, tightened security and allowed the protest to unfold.

While protesters outside angrily denounced the government for failing to heed to demands of those Wet’suwet’en chiefs who want the pipeline permits torn up, the Throne Speech outlined how the province has led the country with its efforts to achieve reconciliation with Indigenous peoples.

He said his government is still willing to engage with the Wet’suwet’en hereditary chiefs, although talks broke off last week.

The minority NDP government, which requires the support of the Green caucus to remain in power, devoted most of its Throne Speech to recapping its efforts over the past two-and-a-half years.

“Today, more British Columbians are waking up with a safe and secure roof over their heads. … And when they review their bank statements, many families have more money left at the end of the month than they did three years ago.”

The NDP government intends to introduce a balanced budget on Feb. 18, but the economy is softening and there is little room for new spending initiatives. The Throne Speech avoids new commitments that would come with a price tag.

It promises to ensure paid leave, for up to five days, for workers fleeing domestic violence. It offers no new money for public-sector teachers who are demanding additional funds to settle their labour contract, but says a law will be introduced this spring to ban guns from schools, universities and hospitals.

The largest financial commitment – although it does not appear to require new capital this year – is an expansion of B.C.'s transportation capital plan. That plan will now target the fast-growing communities in the Fraser Valley, the speech states. “British Columbians can look forward to more options like rapid transit, HOV lanes and commuter rail out to the Fraser Valley.” 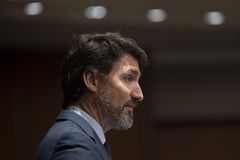 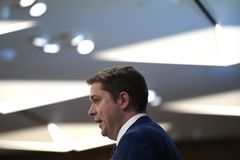 Opinion
Throne Speech platitudes aside, how much is Trudeau really ready to risk on climate change? Subscriber content
December 6, 2019 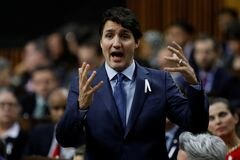