The British Columbia Liberals are accusing the NDP of taking advantage of the pandemic to suppress votes in the dying days of the election, while the Green leader is urging residents not to vote out of fear.

Liberal Leader Andrew Wilkinson defended a news release put out by his party that says it has serious concerns about the motive behind NDP Leader John Horgan’s election call “that is suppressing voter turnout and putting those that do vote at risk.”

Wilkinson said Tuesday that Horgan’s selfishness to call the election during the pandemic shouldn’t override the democratic right to get out to vote.

When asked if he would question the final results, Wilkinson said “absolutely not,” adding that Elections BC has been acting with the highest degree of professionalism to protect voters' rights.

“I think the problem is John Horgan’s selfish ambition in calling this election while we’re going in the second wave of the pandemic. That’s just irresponsible. It didn’t need to happen and it should not have happened,” Wilkinson said.

Horgan responded by saying he doesn’t know what Wilkinson is talking about when it comes to voter suppression.

“I don’t know what planet Mr. Wilkinson’s living on,” Horgan said while campaigning in North Vancouver. “Almost 500,000 people have already participated in advance voting,” he said, adding more than 700,000 mail-in ballots have been requested.

“There’s a lot of interest in this election campaign. There’s no effort whatsoever to suppress. Quite the contrary. We want to ensure that as many people participate as possible.”

Horgan met with local nurses while in North Vancouver after campaigning in Coquitlam, where he pushed his health-care plans for spending $2.3 billion for construction of hospitals and the hiring of 7,000 workers.

The NDP leader said that when his party took office in 2017, nine of 10 care homes did not have enough staff to meet the minimum hours for care, which would change under his leadership.

On a campaign stop at a dairy farm in Surrey, B.C., Wilkinson said his status as a medical doctor would be helpful in the premier’s office in talking to provincial health officer Dr. Bonnie Henry about the best way to take action on COVID-19 going forward.

Green Leader Sonia Furstenau said Henry’s statement Monday that B.C. was in the second wave of the COVID-19 pandemic was scary to hear, especially as schools and businesses remain open and fall weather means it’s harder to stay outside.

Furstenau released her party’s platform on pandemic economic recovery in West Vancouver-Sea to Sky, a riding she said the Greens could win, according to the party’s numbers.

When asked about the call by some to unite the progressive vote behind the NDP and away from the Greens, Furstenau said the best thing progressives could do now is ensure there are Green members in the legislature.

She said she’s weary of political parties telling the electorate to vote for them out of fear when they should vote out of inspiration or hope.

The pandemic, the overdose crisis and a climate emergency give British Columbians enough to be afraid of, she said.

“These emergencies require in us a maturity that has been lacking in politics for so long. That maturity means we put aside partisanship on the other side of elections and we sit down and we do the work and we move the solutions out and we get to the job we’re elected to do.”

The Green plan to help small businesses through the pandemic includes a rent subsidy program and urgent support for small tourism operators. 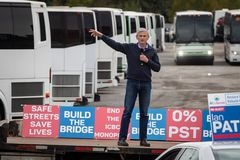 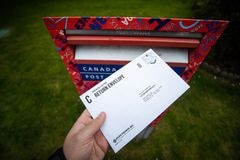 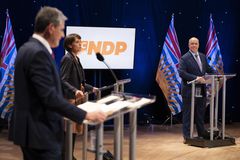