Midway through the B.C. election campaign, a video has emerged showing B.C. Liberal Leader Andrew Wilkinson and other members of his caucus chuckling as a candidate offers a sexualized and belittling take on a female political rival.

Mr. Wilkinson has already been dogged by questions in this campaign about candidates accused of homophobia and transphobia. On Sunday, Liberal candidate Jane Thornthwaite apologized after her remarks about NDP candidate Bowinn Ma at a virtual roast for outgoing Liberal MLA Ralph Sultan became public. Hours later – and three weeks after the event – the Liberal Leader followed suit.

“Bowinn is a very pretty lady. She knows she has got it. And she knows how to get Ralph going," Ms. Thornthwaite said during the Sept. 17 event. She suggested Ms. Ma sought to use her appearance to disarm her political critic: "Bowinn would be right up, next to him, cuddling, cuddling, cuddling, a little bit of cleavage there. And Ralph would be enthralled with her.”

Facing a public backlash, Ms. Thornthwaite initially defended her remarks: “Ralph Sultan has the same respect and a soft spot for his fellow UBC engineer, and I made light of that at a roast,” she said in a Twitter post. Later, she offered an apology.

Ms. Ma, in a statement, said the comments at the Liberal event will discourage women and people of colour from entering politics. She said the Liberals “sexualized my interactions” when she was showing kindness to another MLA, who is hard of hearing, by speaking closely to him.

“Young women deserve a province that encourages them to take on leadership roles without fear of sexism. If we want more young women and people of colour to enter politics, we must commit to creating environments that respect them," she said. "The comments and reactions in that video do the exact opposite.”

The leaked video of the roast was shared on social media on Saturday evening by This is Vancolour podcast host Mo Amir, who asked women for their reaction. On Sunday afternoon, after a social-media backlash, Mr. Wilkinson offered an apology to Ms. Ma on Twitter.

“On reflection, those comments were inappropriate,” wrote Mr. Wilkinson, who declined to be interviewed. “I understand why many people are upset, and I continue to be committed to doing everything I can to make sure women are welcomed, encouraged, and treated with respect in politics and public life,” he added.

The incident leaves Mr. Wilkinson, who took the helm of the BC Liberals after the party lost its grip on power in the 2017 election, still facing questions about his party’s social values.

Mr. Wilkinson had promised to conduct a housecleaning for the Liberals, and in 2019 he took the unusual tactic of publicly declaring that his party needed fresh new candidates in order to win another provincial election.

Following his remarks, seven members of the Liberal caucus announced they would not seek re-election, including Mr. Sultan, and Mr. Wilkinson said he had assembled “an exciting new team of candidates” for the Oct. 24 provincial election.

But Mr. Wilkinson struggled to stick to his campaign script last week when he was dogged by questions from the media about two candidates who have expressed anti-LGBTQ sentiments.

Margaret Kunst, the Liberal candidate for Langley East, had voted against a rainbow crosswalk as member of Langley’s city council. And in the summer, the Vancouver Pride Society announced the Liberals would not be part of its virtual pride parade because Mr. Wilkinson failed to take action against a member of his caucus accused of homophobia and transphobia.

Chilliwack-Kent MLA Laurie Throness had to defend an article published in Light Magazine on the widely discredited practice that claims to change a person’s sexual orientation or gender identity. Mr. Wilkinson, in response to questions, said his party has no room for discrimination. “To be perfectly clear, I have gay members of my family. I have lesbian members in my family. I love them, I respect them,” Mr. Wilkinson told reporters.

On Sunday, Katrina Chen, BC NDP candidate for Burnaby-Lougheed, said the Liberals who laughed at Ms. Thornthwaite’s remarks about Ms. Ma need to be held accountable.

“They were silent when sexist, ugly comments were made,” she told reporters at a campaign event. “They were laughing throughout those conversations. That’s not acceptable.”

Five ways to make the most of your time in Vancouver
October 14, 2020 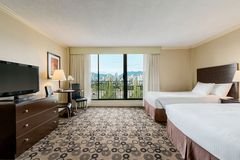 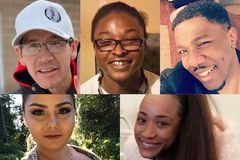