BC Liberal Opposition Leader Andrew Wilkinson, following his party’s loss in a critical by-election, is vowing to clean house in his own party before British Columbians head to the polls in the next provincial contest.

The Liberals had hoped to make inroads in Nanaimo, which would have dealt a tough blow to the fragile minority government led by the New Democrats.

The Liberals had hundreds of volunteers on the ground, dozens more working the phones and it flooded the riding with MLAs to knock on doors. But the NDP held the seat with a solid margin, affirming that the New Democrats and their labour allies have a strong ground campaign.

Mr. Wilkinson said the message from voters in this working-class town is that his party desperately needs renewal, noting that it did increase its share of the popular vote by recruiting Tony Harris, a local businessman with roots in the community but not deeply tied to the Liberal Party.

“At least three of our BC Liberal MLAs have signalled they are not running again,” Mr. Wilkinson told reporters Thursday. “And that’s the opportunity for renewal with candidates like Tony, people who are young and enthusiastic, who know their community, and that’s what we are looking for.”

He would not say which MLAs are planning to retire, but with his remarks he is signalling that some of the senior members of his caucus should be thinking of a new career.

The Liberals lost power in the 2017 election by the narrowest of margins, ending 16 years on the government benches and prompting the departure of Christy Clark as leader. Mr. Wilkinson is seeking to rebrand the party and distance himself from some of the controversies of Ms. Clark’s government, such as inaction on the housing crisis.

The victory by NDP candidate Sheila Malcolmson in Wednesday’s by-election allows the NDP minority government, supported by the Green Party caucus, to continue with a bare majority of votes in the legislature. But the Greens posted their worst showing in Nanaimo since 1996 and Mr. Wilkinson predicted that result could lead to an earlier election.

"The collapse in the Green Party vote means there is a lot of stress in that coalition right now. They clearly are not getting along. We’ll see how long it lasts. But we are going to be ready when they eventually fall apart.”

Green Leader Andrew Weaver said he wasn’t surprised by the collapse of his party’s vote in the riding, from 20 per cent in the 2017 general election to 7 per cent on Wednesday. He said he heard from many Green supporters who said they would vote NDP to maintain the status quo in the house, he said.

He also accused the NDP of taking his party’s support for granted, adding that the New Democrats pushed a vote-splitting narrative in Nanaimo and knocked multiple times on the doors of homes that had Green signs on their lawns.

He said the by-election sent a message that his party has to more clearly distinguish itself from the New Democrats and he said things are going to change in the legislature. He said the Greens will step aside from a “large number” of legislative committees that examine policy issues and make recommendations to the government. The committees reflect the composition of the house, so a BC Liberal will take each Green member’s spot.

Stefan Jonsson, the Green Party’s director of communications, said his party is absorbing some tough lessons from the by-election.

The Greens, with just three seats, hold significant influence in the B.C. government by supporting the NDP. But if British Columbia returns to the more typical two-party political system – as it did in Nanaimo – then that power may be a one-term wonder.

“If the next election is a two-party race, it is going to be bad for the Greens,” he said.

He said the party will be launching an outreach program to help articulate a vision that stands apart from the Liberals and the NDP.

Mr. Jonsson said a large part of that outreach is making sure the party is more diverse than it currently is.

“In the last election, we were criticized for being a pretty white party. We are very aware of that,” he said.

“We have to create the connections and relationships with other communities. B.C. is a diverse province. It’s our job as a political party to reflect that in what the party is.” 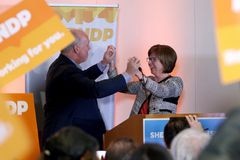 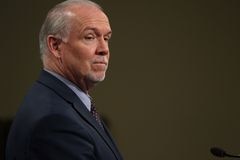 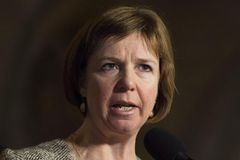