Health officials in British Columbia and Alberta are crafting COVID-19 messaging targeted at young people in response to a surge in cases driven by those in their 20s and 30s.

In B.C., that means enlisting celebrities and social-media influencers with large followings to get the message out.

Since early July, people in their 20s have made up the highest proportion of new cases, according to the Public Health Agency of Canada. From July 29 to Aug. 4, more than 40 per cent of cases nationally for which data were available were reported in people 29 or younger.

B.C. Health Minister Adrian Dix and Provincial Health Officer Bonnie Henry said that many of the province’s new cases have been linked to private parties and said efforts are under way to get the message out for people to stop organizing and attending such gatherings.

“We are and will be finding people on social media, and influencers,” Mr. Dix said this week. “But I want to say to everyone out there, we are all influencers and we can all influence the behaviour of ourselves, first of all, but of the people around us and how we behave.”

In an interview, Mr. Dix said the Ministry of Health had some success with a social-media campaign launched last month after a spike in cases linked to parties in B.C.‘s Interior. His staff reached out to local influencers, such as a lifestyle brand with 105,000 Instagram followers and a retailer with 30,000 followers, and asked them to deliver basic health information in their own voices.

“What we’re trying to do [now] is approach people from all over the province and, importantly, from different communities, including language communities,” he said. “We’re not looking to pay people or anything, but we’ve found a real willingness to join in.

“It’s not all of the answer, obviously, but it’s an element of the answer to renew [messaging] and connect with groups of people who are now more largely testing positive for COVID-19.”

Asked Wednesday who the province might reach out to, Premier John Horgan issued a public plea to a couple of well-known exports.

“This is a call-out to Deadpool right now: Ryan [Reynolds], we need your help up here. Get in touch with us; my number’s on the internet,” Mr. Horgan said at a news conference in Victoria.

“Seth Rogen, another outstanding British Columbian. We need to communicate with people who aren’t hearing us. The two of you alone could help us in that regard.”

The B.C. government has paired with celebrities on such campaigns before. In June, Dr. Henry took over the actress Olivia Munn’s Twitter account for a day to share COVID-19 information. The province also paired with various Vancouver sports teams on a campaign about staying home to mitigate the spread of the virus.

Alberta’s Chief Medical Officer of Health Deena Hinshaw said there are several initiatives under way in that province to reach younger people, including focus groups that will inform continuing campaigns.

“We know that different people receive information differently, and the ability to influence people’s behaviour is a whole science in and of itself,” Dr. Hinshaw said. “So we’re looking at what we may be able to do to reach out to different age groups, and be able to understand what the barriers are to their ability to follow the public-health guidance.”

In late July, a series of parties in Vancouver resulted in more than 40 people contracting COVID-19, including three responding Vancouver police officers. Two patrol teams also had to self-isolate as a precaution, said Ralph Kaisers, president of the Vancouver Police Union and the BC Police Association.

Dr. Henry said Wednesday that that event also resulted in “second-generation spillover from people who were there who then went to other places and had other close contacts.”

As well, several parties in Kelowna, B.C., around the Canada Day holiday resulted in dozens of COVID-19 cases, which then evolved into widespread community transmission. More than 1,000 people across the province also had to self-isolate.

Vancouver Coastal Health, which has followed more than 8,200 contacts since the start of the pandemic, said the average number of close contacts a case has climbed in recent weeks.

With a report from Cherise Seucharan 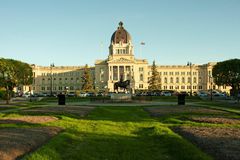 Windsor-Essex to move into Stage 3 of Ontario’s reopening plan on Wednesday
August 10, 2020 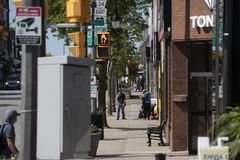