Alanna Durkin Richer
The Associated Press
Published May 19, 2020 Updated May 19, 2020
For Subscribers
Comments
Please log in to listen to this story. Also available in French and Mandarin. Log In Create Free Account

A woman from British Columbia who was locked up for five months in a Spanish prison after her arrest in a college admissions bribery scheme won’t spend any more time behind bars, a judge ruled Monday.

Xiaoning Sui, 49, of Surrey, was sentenced to time served after admitting to paying US$400,000 to get her son into the University of California as a fake soccer recruit. During a sentencing hearing held by video conference because of the coronavirus pandemic, the judge said Ms. Sui has already been punished enough.

“I set a horrible example for my child and I was a bad influence. I promise that I will never do anything like that again,” Ms. Sui told the judge through an interpreter.

Ms. Sui, a Chinese citizen who moved to Canada in search of better educational opportunities for her son, was arrested in September while travelling in Europe. While awaiting extradition to the U.S., Ms. Sui was held in a Madrid prison, where she was locked in her cell for 15 hours a day in conditions far worse than what other parents in the college admissions case have experienced in U.S. prisons, her lawyer said.

“It was a very isolating and anxiety-creating experience,” attorney Martin Weinberg told the judge.

Prosecutors had also urged the judge for a sentence of time served, adding that Ms. Sui immediately sought to take responsibility for her crimes, among other things.

Prosecutors say Ms. Sui paid US$400,000 to a sham charity operated by admissions consultant Rick Singer to have her son admitted to UCLA as a fake soccer recruit. Through a translator, Mr. Singer told Ms. Sui that he would write her son’s application in a “special way” in order to guarantee that her son could get into the school, according to court documents.

Both Mr. Singer and Ms. Janke have pleaded guilty. Mr. Salcedo has agreed to plead guilty but his hearing hasn’t yet been held.

Ms. Sui’s son was admitted to UCLA as a soccer player in November, 2018, authorities say, and was awarded a 25-per-cent scholarship. In September, UCLA said it had taken “immediate corrective action” after learning of the case.

More than 50 parents, coaches and others have been charged in the admissions cheating scheme involving prestigious universities across the country. Ms. Sui is among nearly two-dozen parents who have pleaded guilty. Others include Desperate Housewives star Felicity Huffman, who paid US$15,000 to rig her daughter’s entrance exam and a former Canadian Football League player.

Vancouver businessman David Sidoo pleaded guilty in March to a mail fraud conspiracy charge in Boston federal court. A plea deal calls for Mr. Sidooo to serve 90 days in prison and pay a US$250,000 fine, which must be approved by the judge. He is scheduled to be sentenced in July.

Prosecutors said Mr. Sidoo paid the admissions consultant at the centre of the scheme US$200,000 to have someone pose as his sons using a fake ID to secure higher scores on their SATs. Mr. Sidoo, who is known for his philanthropic causes in British Columbia, played professional football for six years for the Saskatchewan Roughriders and B.C. Lions.

A group of parents fighting the charges includes Full House actress Lori Loughlin and her fashion designer husband, Mossimo Giannulli. They are denying allegations that they paid US$500,000 in bribes to get their two daughters into USC as fake crew recruits. 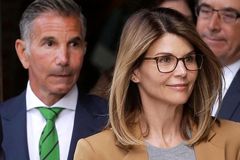 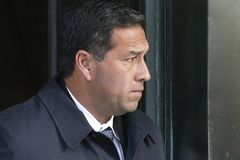 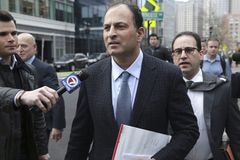