A mother on Vancouver Island says her two children’s Charter right to religious freedom was infringed when their classes participated in an Indigenous smudging ceremony and is seeking a court-ordered ban on the practice in schools.

But the tribal council that demonstrated the Nuu-chah-nulth cleansing ritual, in which students held cedar branches while sage smoke was fanned in the classroom, argues the ceremony is not a religious act and a third party shouldn’t be allowed to arbitrarily categorize its cultural practices.

The trial set to begin Monday in Nanaimo will test the B.C. school system’s wide-reaching efforts to encourage reconciliation with First Nations and to improve outcomes for Indigenous students.

Candice Servatius, a Port Alberni woman whose lawyer describes her as an evangelical Christian, argues that her two children experienced mental distress as a result of exposure to a ceremony she describes as a religious ritual.

“Mrs. Servatius’ daughter experienced anxiety, shame and confusion as a result of being forced to participate in a religious ritual that conflicted with her own religious convictions,” the complainant’s legal submission states.

Mrs. Servatius is asking the court for a declaration that this violated the Charter and an order prohibiting the school district from allowing religious practices in any setting where students are required to attend. “Such practices include, but are not limited to, religious or spiritual rituals, ‘cleansings,' ceremonies and prayer,” her petition to the court states.

But the Nuu-chah-nulth tribal council, an intervenor in the case, says the ban Mrs. Servatius seeks will undo efforts to help Indigenous children. “Prohibiting the cultural practice of smudging in schools is a sharp step away from, rather than toward, reconciliation," the Nuu-chah-nulth submission states.

Judith Sayers, president of the tribal council and a lawyer by trade, said in an affidavit her community provides funding to the Port Alberni school district to help increase understanding of their culture and history “because all young people have to be taught about cultural differences,” she said. “This is a crucial part of reconciliation and changing the relationship between Indigenous and non-Indigenous Canadians.”

Data obtained from the First Nations Education Steering Committee show that in reading, writing and numeracy, Indigenous students are less likely to meet or exceed skills assessments. As well, Indigenous students are more likely to feel unsafe most or all of the time compared with their non-Indigenous peers, and are less likely to graduate from high school. In seeking to improve those statistics, the province’s education system has adapted the curriculum to include Indigenous content and perspectives into classrooms.

In September of 2015, a note from the principal of John Howitt Elementary School in Port Alberni informed parents that a member of the Nuu-chah-nulth community would come to the school to teach about the community’s culture and history.

“This will be our opportunity to learn about Nuu-chah-nulth traditions and experience cleansing of energy from previous students in our classroom, previous energy in our classroom, and cleanse our own spirits to allow GREAT new experiences to occur for all of us," Stacey Manson, the principal, wrote. The Nuu-chah-nulth people believe that everything has a spirit, Ms. Manson explained in the note, and energy from the previous year – such as bullying or accidents – could be released through the smudging ceremony. Parents were invited to observe or ask questions.

Mrs. Servatius said the day after reading that note, she went to the school because she was concerned about the religious nature of the cleansing ceremony, and was “shocked” to learn it had already taken place in her son’s Grade 3 class, and her daughter’s Grade 5 class. She said her children were not given the opportunity to opt out.

The ruling sought by Mrs. Servatius “would prohibit Indigenous cultural expression in schools, and risk further harming and marginalizing vulnerable Indigenous students,” the Nuu-chah-nulth warn in the submission.

The court will also hear that the gaps in the Port Alberni school district in particular are especially large. In the 2016-17 school year, only 30 per cent of Indigenous students graduated, compared with 57 per cent of non-Indigenous learners. 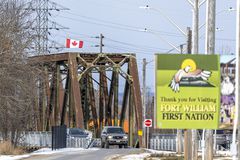 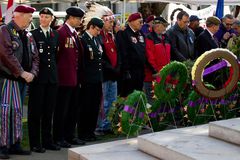 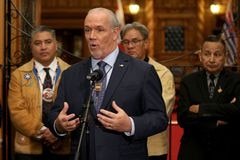