British Columbia’s municipal politicians, who are about to gather for their annual convention, say they want to build more housing in order to tackle the Canada-wide affordability crisis that has hit their cities, but that they need additional help from the national and provincial governments to do it.

In a long list of resolutions to be tabled at next week’s Union of BC Municipalities convention, which will be held remotely, city and town councils from Vanderhoof to Victoria are asking for specific new measures so they can deal with homelessness and a lack of housing in general.

The municipalities are asking the provincial government to create programs that would encourage small-scale developers to build new housing in smaller towns. They are also asking for funding to buy small apartment buildings from private owners, for use as low-cost and non-profit homes. And they would like help with building housing for essential service workers, and with figuring out how to increase housing production as a whole.

Some of the resolutions express concern about the province imposing homeless shelters on communities.

“Homelessness response actions undertaken by the provincial government have a direct impact on local government resources such as bylaw enforcement, policing, fire response, land use planning, and the maintenance of public space to ensure safe enjoyment,” says a resolution from the city of Courtenay, which is asking for better communication from the province when it is planning new facilities.

B.C. Housing Minister David Eby, who will be making an address at the UBCM convention, says he’s willing to address these concerns, but that local politicians have to be willing to make difficult decisions on their end.

“I’m empathetic to some of the structural problems. And we’re looking for opportunities to make things easier for them. But we need them to be able to take a little bit of heat from the neighbours,” Mr. Eby said.

He added that many cities are willing to do their part, but that all of them have to come on board in order to ramp up housing production, especially those in high-growth regions where homes are in high demand and homelessness is common.

Over the past year, Mr. Eby has been embroiled in a public dispute with the city of Penticton. The city sued the province in July over the government’s insistence that a temporary winter homeless shelter be allowed to continue operating.

“Penticton is an exception,” Mr. Eby said. He added that many cities are doing their best to approve new housing and accept shelters for homeless people. “There really is a spirit of co-operation.”

He did acknowledge, however, that there have “definitely been decisions made by city councils that puzzle me when I know they’re in a crisis.”

His main message to delegates at next week’s UBCM convention will be that co-operation has to continue and grow if the housing situation is to have any chance of improving. In their campaign platforms, all three major federal parties have likewise encouraged municipalities to take action on building homes.

Many city council members around the province say they are trying to be co-operative.

“I think communities are working hard to get approvals in place,” said UBCM president Brian Frenkel, a Vanderhoof councillor. “But the key is having all three orders of government coming together.”

Malcolm Brodie, the Mayor of Richmond, said his city has gone all-out in encouraging construction of new homes around the Canada Line, which was built ahead of the 2010 Olympics.

“We have taken growth and it’s all around transit,” Mr. Brodie said. “I don’t think we have an undersupply problem in Richmond.”

Kamloops Councillor Dieter Dudy said his city has made housing and homeless shelters priorities. “We are pretty much committed to density,” he said. “I can’t remember the last time we turned something down.”

That hasn’t been the case in every city. Since 2018′s civic elections, several B.C. cities have refused both for-profit and non-profit housing because of concerns about overdevelopment. Local politicians have also expressed concern about the costs of contributing land and waiving fees to support affordable housing.

A report issued by the UBCM last week noted that cities are facing even more financial challenges than in the past as they try to grapple with housing problems.

COVID-19 slammed municipal revenues over the past year and a half, and the pandemic has the potential to do ongoing damage if changing work patterns mean that businesses end up occupying less office space.

“B.C.’s rapidly emerging new economy, which is accelerating due to the COVID-19 pandemic, is shifting away from tangible assets in favour of more intangible ones, thus lowering commercial property tax bases and resulting in increasing pressures on residential property taxes,” says a statement from the organization. 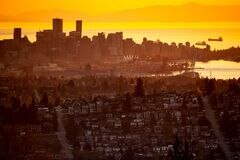 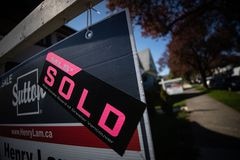 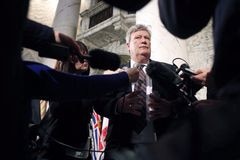