B.C.’s NDP government tamped down speculation in the housing market with a raft of new taxes during the first two years of its mandate.

Those measures have helped cut prices significantly on high-end houses. But the cost of condos and townhomes – the housing affordable to most people – has only dipped slightly, with the latest sales stats out of the Lower Mainland hinting that prices in that sector are once again on the rebound.

Meanwhile, renters in and around Vancouver, many of whom are priced out of ownership, paid an average of 4.7 per cent more on rent over the past year, which was almost double the maximum hike allowed by provincial rules that cover a landlord’s existing tenant.

Finance Minister Carol James will deliver her minority government’s third budget on Tuesday. Housing was a central issue in the election campaign that allowed the NDP to form government. The New Democrats introduced a 30-point plan to make homes and rents more affordable and the market more equitable as part of their first full budget in 2018.

With the government now into the second half of its term, The Globe and Mail examined official housing data and spoke to industry players, analysts and academics to determine how the government has handled this signature file.

Municipal Affairs and Housing Minister Selina Robinson said in an interview this week that her government has now enacted 16 of its 30 housing policies, though she acknowledged that hitting the ambitious supply targets within the 10-year time frame will be a challenge.

At the moment, the province is lagging well behind the pace of creating an average of 11,400 affordable units a year needed to eclipse the 10-year goal of 114,000 new units for families earning a median household income or less, Indigenous people, students, homeless people, and women and their children fleeing domestic violence. These homes often take at least a year from getting funding to welcoming their occupants and Ms. Robinson says her government has moved swiftly on the supply side, despite the relatively small number of units now complete.

“It has been a busy number of years prior to us forming government on the supply side, but it was the wrong supply – 600-square-foot condos for an investment market is not what people needed,” Ms. Robinson said. “We’re really paying close attention to getting the right supply so that families can live here, so that seniors on fixed incomes can find the housing they need.”

British Columbia has committed to delivering 114,000 new units of affordable housing over the next decade for the groups hardest hit by the high cost of real estate.

The New Democrats budgeted $6.2-billion to finance 38,900 of these units during this period and are counting on the remainder to be built by private and non-profit housing developers, federal and municipal governments, as well as churches and other religious institutions.

Housing-ministry staff confirmed this week that just 4,300 of those homes are now complete, with a further 7,700 under construction across the province at the very end of last year. Across the province, 11,000 of these new homes are currently in their planning stages and awaiting further approvals.

Jill Atkey, chief executive for the BC Non-Profit Housing Association, is mostly happy with the province’s plan so far, noting construction that often takes years to bring units to market after they are financed.

But she is concerned with how few of the most-affordable projects targeting Indigenous and community housing have been completed.

“Those are programs that we know will bring true affordability for households that are struggling in the market and it seems to be that we have slower progress happening on those projects,” said Ms. Atkey, whose organization represents some 800 non-profit housing providers.

That is a problem because costs of all sorts will continue to rise the longer those projects remain stuck in their planning phases, she said.

The biggest dent made so far in the massive supply problem is thanks to a type of housing that is the fastest to build. More than 2,100 temporary modular housing units and supportive housing units were completed by the end of last year and a further 650 were under construction, according to the ministry.

Andy Yan, an urban planner and director of Simon Fraser University’s City Program, calls that approach a success in putting a roof over the heads of people struggling with homelessness. But these units come with a hefty price tag because they include paying for around-the-clock staff to help residents and allay concerns that these projects will bring “negative neighbours” to communities, he said.

One of the slowest areas of progress has been building housing for Indigenous peoples, for whom the province dedicated $548-million toward 1,750 homes over a decade. Currently, more than half of these projects are listed as still in progress, but none has been completed and only 300 have shovels in the ground.

Ron Rapp, a former developer who now heads the Homebuilders Association Vancouver lobby group, said a clear way Victoria could speed up projects of all kinds is to work harder to clear backlogs at various ministries. Staff input is needed if a project involves provincial jurisdiction, such as remediating a contaminated site or sitting too close to a waterway or highway. A project that used to take 120 days to get this green light from the province now can take over 400, he says.

Ms. Robinson said she is aware of these delays and her government is working to address them by hiring more staff.

The provincial government has now enacted six of the seven tax planks pledged in its housing plan: introduced the speculation and vacancy tax; increased the foreign-buyers tax to 20 per cent and applied it to communities outside Metro Vancouver; increased the property transfer tax and school tax rates on homes worth more than $3-million; and taxing Airbnb rentals the same as hotel rooms.

Ms. Robinson said her government is still debating whether to fulfill a key campaign promise of giving renters an annual $400 rebate.

But the new taxes, aided greatly by the federal mortgage stress test, seem to have done what they were supposed to do, said Tom Davidoff, an economist who teaches real estate finance at the University of British Columbia. The measures helped deliver a “soft landing” to the incredible spike in home prices that occurred in recent years.

“What we don’t know is how bad it would have been without any intervention,” said Mr. Davidoff, who has long championed taxing homeowners who bought their properties with money earned outside Canada.

The irony is that the slowing of sales activity last year led to a $475-million drop in expected revenue from the property-transfer tax, which hurts a treasury that has committed billions to increasing supply. 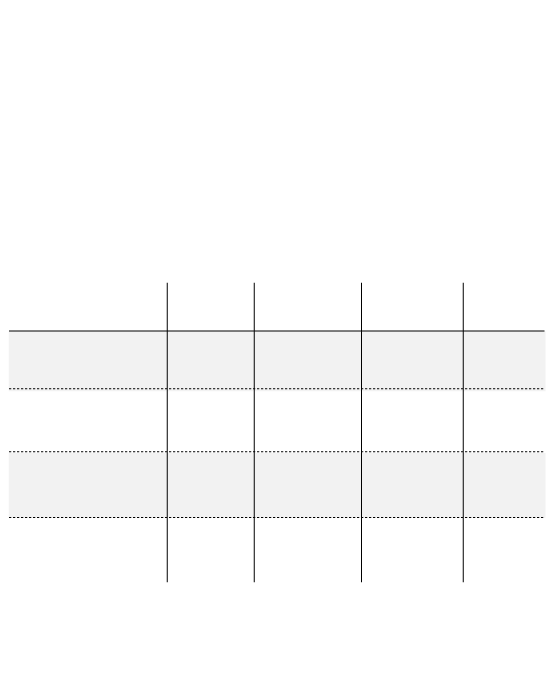 B.C. announced its 30-point plan to tackle the

province’s crisis in affordable housing with its

progress being made on this ambitious interven-

tion to build homes for families earning a median

students, homeless people, and women and their

Ministry of Municipal Affairs and Housing 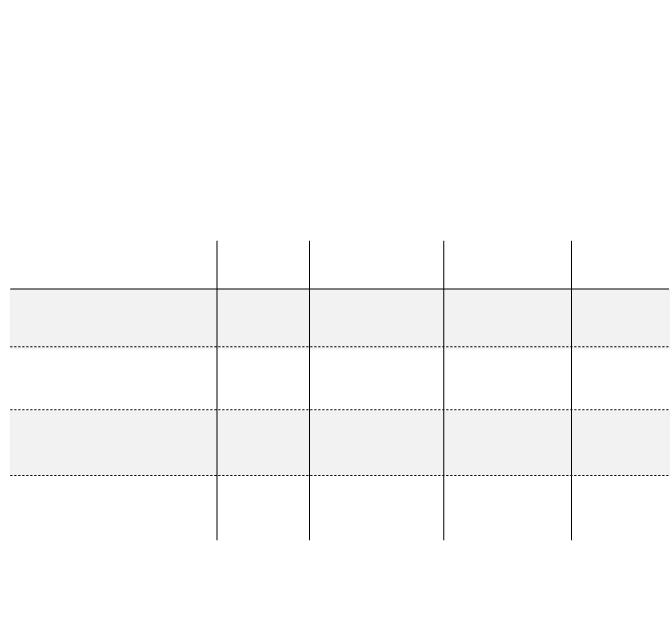 B.C. announced its 30-point plan to tackle the province’s crisis

in affordable housing with its 2018 budget. Almost two years

in, here is the progress being made on this ambitious interven-

tion to build homes for families earning a median household

and women and their children fleeing domestic violence.

Ministry of Municipal Affairs and Housing 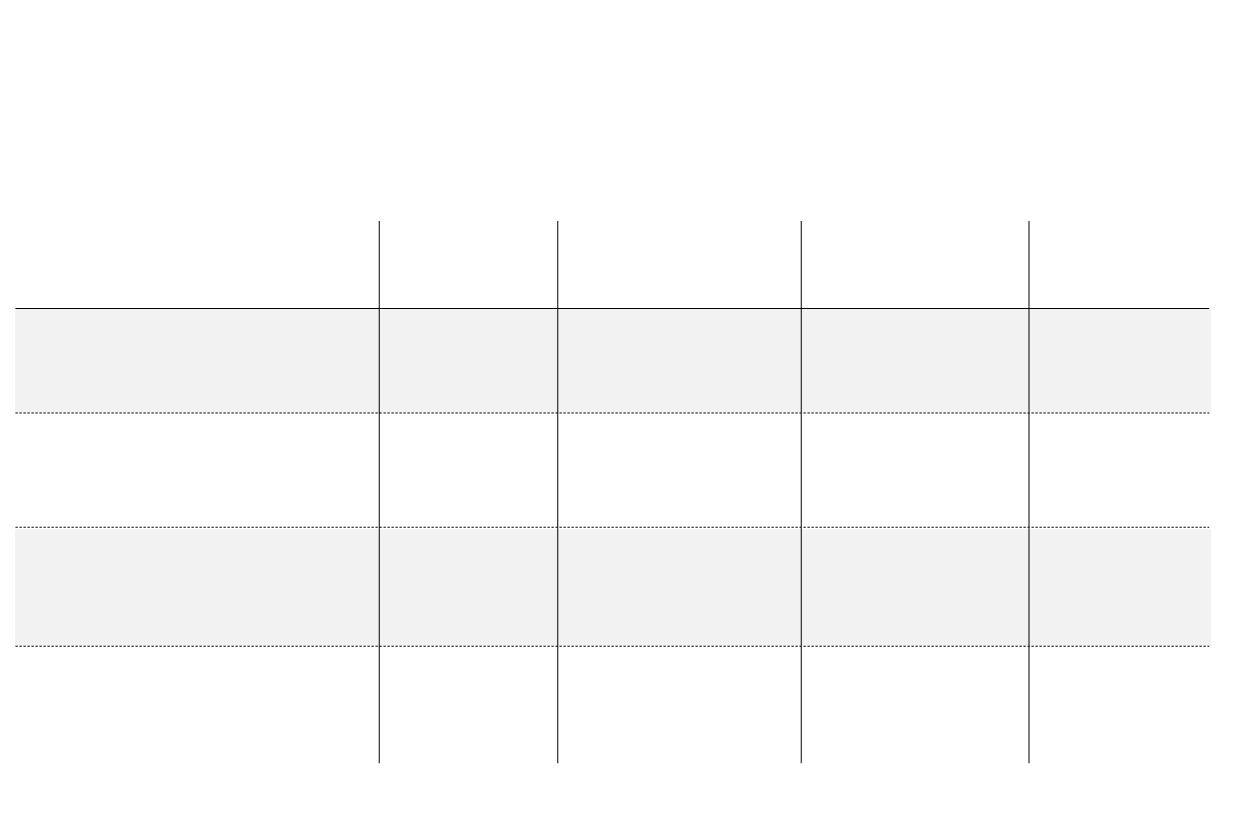 B.C. announced its 30-point plan to tackle the province’s crisis in affordable housing with its

2018 budget. Almost two years in, here is the progress being made on this ambitious inter-

The provincial government is trying to facilitate the development of more affordable housing by working with the other levels of government and the private sector. Most of this work is being done through a new $20-million HousingHub division within the province’s housing agency BC Housing. This department is actively finding partners to help households earning between $50,000 and $100,000 settle in new rental housing and homes they can buy.

Penny Gurstein, a professor at UBC’s School for Community and Regional Planning, said participants at a recent federal round table on housing kept mentioning how they were envious of the scope and variety of housing projects that the provincial government is able to fund through BC Housing.

“B.C. is looked at as doing the most interesting things in Canada right now,” Dr. Gurstein said. “Ontario doesn’t have that entity, they have various housing authorities – it’s very piecemeal and nothing is co-ordinated.”

She said BC Housing’s HousingHub, which lists 30 projects in development that will provide 2,802 units across the province, needs to continue signing partnerships with Ottawa, private developers, municipalities and non-profit builders to construct more affordable housing for families earning average incomes. Roughly 1,250 of these units are now under construction and 741 have been completed, which are apart from the province’s housing target of 114,000 to the province.

Last fall, the province also created an expert panel with Ottawa that will begin consulting stakeholders at the start of April and issue a final report by the end of the year on how the two governments can stimulate more supply.

One solution that this panel will study is eliminating the GST charged to developers on rental housing projects. Ms. Robinson said she has urged Ottawa to make this change after the current federal Liberal government promised it would do so during its first term in office.

Near the end of its mandate, the Liberal provincial government overhauled the regulation of realtors in part due to a series of Globe investigations that found that the province’s regulator failed to protect home buyers and sellers from unethical realtors. New Democrats ran on a pledge to go further and crack down on tax evasion and money laundering in the overheated market, activity which an independent panel estimated inflated the recent cost of real estate about five per cent.

The province is still considering how to close tax loopholes exploited by investors in the Agricultural Land Reserve. It has also moved to stop shell companies and other entities from hiding the identity of wealthy real estate investors by passing legislation last year to create a public registry that will identify who owns every piece of property in the province.

The government has pledged to publish a searchable database before the end of this spring, which will help tax agencies, police bodies and the public find out who is behind the numbered companies that own many of the most expensive properties in B.C.

The government has strengthened a number of protections for renters including: increasing subsidies for low-income seniors and working parents; closing the fixed-term lease loophole; limiting annual rent increases to inflation; investing more in the agency that settles landlord-tenant disputes; and spending $1.1-billion to repair existing rental stock.

Andrey Pavlov, a professor of finance at Simon Fraser University’s business school, said some of these measures, such as capping rent increases to inflation, end up ultimately hurting not helping renters because they hinder more supply from being built.