A B.C. government-appointed panel has recommended significantly reducing the amount landlords can increase rents, urging the province to implement the change quickly to ensure tenants aren’t hit by a 4.5-per-cent increase next year.

The government’s rental housing task force issued a pair of recommendations Monday designed to change the formula the province uses to calculate the maximum allowable rental increase. Currently, the province caps rental increases at a rate of inflation plus 2 per cent, which for 2019 would have allowed for the highest increase in more than a decade.

The three-member panel, which is led by New Democrat Spencer Chandra Herbert and includes two other MLAs, recommends the government eliminate the automatic 2-per-cent increase and limit increases to inflation, while also allowing landlords to apply for higher amounts. A decision is expected before Oct. 1.

Renters and tenants' groups have assailed this year’s allowable rent increase of 4.5 per cent, saying it would worsen housing affordability in a province in which vacancy rates in many communities, including Vancouver, are less than 1 per cent.

The recommendation tries to strike a balance between renters struggling to keep up with rent increases and landlords who need to maintain their properties, Mr. Chandra Herbert told reporters Monday.

While some groups had called for a rent freeze, the task force decided that wasn’t a fair approach, he said.

“We tried to stake a bit of a middle path between those views – one that will allow increased affordability for people, as well as an ability to maintain properties,” Mr. Chandra Herbert said.

“We don’t want to lose rental properties in this province when for so many years, there was no focus on building them,” he added.

The head of an industry group, however, warned the proposed change will cast a chill over planned new rental developments because lenders and developers would not be able to make as much profit if it is adopted.

“There are real risks that [lenders] will take their money elsewhere – and that would be really unfortunate, because we are finally starting to seem some traction” in rental construction, said David Hutniak, chief executive of Landlord B.C.

“We are acutely aware of the challenges [renters face], but the harsh reality is, we are operating in the same high-cost environment,” he added.

Landlords' costs, such as maintenance, insurance and taxes, have outpaced rental increases over the past decade, Mr. Hutniak said.

Landlord B.C. recommended the task force keep the existing formula, which has been in place since 2004.

The proposed change would bring B.C. in line with Ontario and Manitoba, Mr. Chandra Herbert said. The task force also recommended that the province give landlords the ability to apply for an additional increase if they can show the formula would not cover maintenance and other costs.

In Ontario, landlords can apply for an "Above Guideline Rent Increase” under certain circumstances, including if the landlord’s taxes increased by an “extraordinary” amount, the landlord did significant repairs or the landlord’s costs for security services increased.

Asked if there would be a cap on such increases, Mr. Chandra Herbert said the task force has recommended that the government work with landlord and tenant groups to determine the criteria.

The NDP’s 2017 campaign platform included a $400-per-household rebate for renters.

Asked about that commitment, Mr. Chandra Herbert said he understood it was still under discussion.

“I think the changes we announced today, should the government adopt them, will make life a lot more affordable than that [rebate] would have, for many more people,” he said.

The rental task force is expected to release its full recommendations in November. 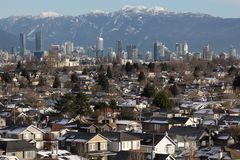 Opinion
Vancouver is desperate for a new mayor who is unafraid to make unpopular decisions – now
September 21, 2018 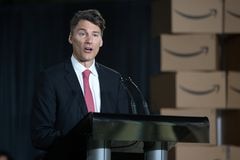 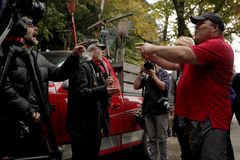