B.C. is overhauling a proposed housing tax to limit its impact on British Columbians and other Canadians after a backlash over complaints the tax would unfairly target people with vacation homes.

The NDP government, which had acknowledged the tax on homes that are left empty as initially proposed could have “unintended consequences,” outlined changes on Monday designed to ensure most British Columbians will be spared from paying the tax, which had been set at 2 per cent of a property’s value. Canadians who live outside the province will either pay less or not at all.

The government is reducing the number of regions where the tax applies, limiting it primarily to urban centres and exempting rural areas where lakeside cabins and vacation homes are common. Canadians outside B.C. will pay 1 per cent, while British Columbians with second homes will receive a tax credit to offset the tax on properties worth less than $400,000.

The details released on Monday are a significant change from what the government announced in its budget last month, although Finance Minister Carole James insisted everything had unfolded as it should.

“We did the responsible thing, to put the principles of a brand new tax, a bold tax, out to the public,” Ms. James said in an interview. “Then we gave the opportunity for our staff to work on implementing the details and listening to British Columbians.”

When the government proposed the tax, it described it as primarily targeting owners who live outside B.C., although it also acknowledged it would hit some British Columbians, who could get the money back through tax credits.

The February budget projected the tax will generate $200-million a year in revenue, which the government says will fund housing policies. Ms. James said that estimate is not being revised.

However, she is also hoping owners of some vacant homes will be more willing to rent them out to avoid the tax. Homeowners with properties in designated urban centres who rent them out long term are exempt.

The tax will be applied to people who own homes but don’t live in them, as well as what the government describes as satellite families, who report high worldwide income but pay little or no taxes in B.C.

The Opposition BC Liberals accused the NDP of improvising on the tax.

“This is the NDP making up tax policy by trial and error,” BC Liberal Leader Andrew Wilkinson said.

The tax applies to Metro Vancouver, the capital regional district around Victoria, West Kelowna, Kelowna, Nanaimo-Lantzville, Abbotsford, Chilliwack and Mission. The Gulf Islands and Juan de Fuca, which were originally covered by the tax, and the Vancouver Island communities of Parksville and Qualicum Beach will now be exempt.

Several regions had warned the tax was a burden to Canadians, including British Columbians, with vacation homes, and to communities that rely on those part-time residents.

The minister told a news conference in Victoria the tax is aimed at people “treating our housing market like a stock market. We are going after speculators who are clearly taking advantage of the market, leaving homes vacant and driving up prices.” 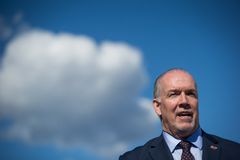 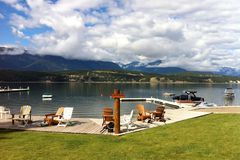