British Columbia business groups and labour organizations are heading for a showdown as a panel begins hearings this week that could significantly change working conditions across the province.

A three-member panel holds its first public hearing on Wednesday in Victoria as part of process to examine recent labour law changes elsewhere in Canada to ensure B.C.’s labour code is consistent with best practices.

It’s the first substantive review of the code since 2003, and was part of the agreement that saw the BC Greens pledge to support the BC NDP last summer, allowing it to govern the province.

The panel will report to Labour Minister Harry Bains by August. In a statement, Mr. Bains said he is waiting out the conclusions of the panel before making any decisions.

“I look forward to receiving the final report and recommendations from the very capable and impartial review panel,” Mr. Bains said.

However, a spokesman for a coalition of 13 business organizations, including the Greater Vancouver Board of Trade, and the BC Chamber of Commerce, said Tuesday it believed the government was headed in its own direction and would not listen to its argument that the code should remain as it is so as to not compromise B.C.’s appeal as a place to do business.

“We’re concerned they’re going to make changes to the labour code that will tilt it unfairly and in an unbalanced way toward organized labour, towards unions - those unions have been very strong supporters of the NDP and that will impact the investment climate within British Columbia,” Chris Gardner, president of the Independent Contractors and Businesses Association, said in an interview.

“It will have a chilling effect on business investment and send a signal to investors within British Columbia and throughout Canada that B.C. is not open for business.”

BC Green Party Leader Andrew Weaver said in a statement on Tuesday that the labour code needs to be continually reviewed and updated to ensure fairness for workers and businesses, but also accommodate “massive shifts” in the employment landscape that include more contract and part-time work. “We await the results of the government’s review and will assess the proposed changes based on their individual merit.”

On Tuesday, Irene Lanzinger, president of the BC Federation of Labour, said her organization will be making recommendations Wednesday on how to end employer interference in union organizing, particularly around workers joining unions.

She said there are no foregone conclusions to the process.

“I don’t think any fix is in. It’s a legitimate process that has been put in place by the government,” she said in an interview. “We’re going to go make our submission. Others will make their submission.”

Ms. Lanzinger said the code needs to balance the rights of employers and workers. The business groups, she said, seem intent on the status quo because that has worked for them over workers. “It’s not fair and balanced,” she said.

She said the code should be reviewed more regularly. “It is an important moment in terms of deciding where is that balance in labour code, and how do we get fairness and justice out of our labour code,” she said.

Ten such hearings are planned in total. 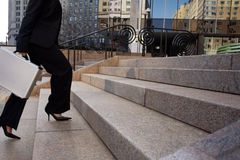 Opinion
Hold on – the Canadian labour market has not fully recovered yet
January 25, 2018