When scientists send a camera down to capture images of the Explorer Seamount, a massive underwater volcano off the west coast of Vancouver Island, they will be venturing into an unexplored and hidden landscape of valleys and crevasses that are home to previously uncatalogued creatures.

The photographic exploration will be a key part of an expedition that left Sidney, B.C., Tuesday and is expected to shed more light on seamounts and a proposed marine conservation area. The federal government is considering protecting the area against potential threats, including underwater mining.

Fisheries and Oceans researcher Tammy Norgard, expedition lead scientist, will be making her third trip to the site. A 2018 visit came at the tail end of a research expedition and lasted just half a day, but it was enough to persuade researchers they had to come back.

“It was mind-blowing – we put down the camera and we were just amazed by what we saw,” Ms. Norgard said on Wednesday, speaking from aboard the John P. Tully just offshore Vancouver Island.

“It was an ecosystem that was very dense, of all this one kind of sponges – and to see all of those together at such a density was just something we did not expect,” she added.

Researchers dubbed the habitat Spongetopia and experts recently confirmed the species was new and had never been described before.

Scientists are learning more about seamounts; in 2017, just 19 had been identified. Now, that total is up to 60 in Canadian waters, Ms. Norgard says.

Seamounts are underwater mountains that can rise more than 1,000 metres from the seafloor. The steep walls of the seamounts, combined with ocean currents, can create biodiversity hot spots. Seamounts have been likened to oases in the desert.

This expedition will use a camera on a cable to explore the seamount, which covers an area of about 2,000 square kilometres.

Researchers have several objectives, including determining what animals live on the site, what kinds of rocks and sediments make up the formations, and whether structures have been affected by derelict fishing gear such as lines and anchors.

Ocean Networks Canada and the Nuu-chah-nulth Nations are partners on the research expedition, which is expected to launch a live feed on Friday. Two Nuu-chah-nulth representatives are on board.

The Nuu-chah-nulth and Haida First Nations would like to see a joint management approach for any new marine protected area, said Judith Sayers, president of the Nuu-chah-nulth Tribal Council.

“We really want to know what’s under there – we’re interested in getting as much information as we possibly can, so we were excited to join this expedition,” Ms. Sayers said.

The area is currently under a fishing closure.

The federal government in 2017 identified an “offshore Pacific area of interest,” a 139,700-square-kilometre zone that includes the research area. The area would include seamounts and hydrothermal vents and the ecosystems they support.

Ms. Norgard hopes this expedition, and the images it captures, will help shape decisions around the conservation area.

“The live stream is important to share with the Canadian public, First Nations, anybody we can, to make sure that everyone can see what’s out there, so they can make their own informed choices if this is something to protect,” Ms. Norgard says. 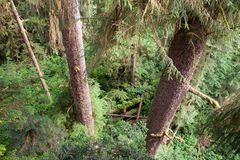 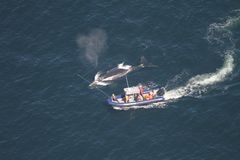 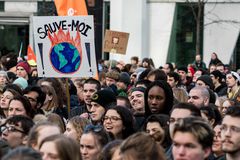