British Columbia was placed under a state of emergency Wednesday as more than 500 wildfires overwhelmed the province’s firefighting capacity and officials conceded the only thing that will help is rain.

More than 3,000 people are on the ground fighting the fires, which have prompted evacuation orders and alerts in almost every region of the province and blanketed an even larger area with a choking layer of smoke and haze. On Wednesday, the federal government was in the process of deploying as many as 200 Canadian Armed Forces personnel. THE GLOBE AND MAIL, SOURCE: BC WILDFIRE SERVICE THE GLOBE AND MAIL, SOURCE: BC WILDFIRE SERVICE

The Armed Forces confirmed that a first team of 100 would be deployed on Thursday to an area west of Kelowna to begin mopping up and to relieve the fire crews there.

Opinion: Wildfires will only get worse unless we learn how to live with them

"We’re going to throw everything we have got at these fires, but in a lot of cases, Mother Nature is going to be in the drivers' seat,” Kevin Skrepnek, the province’s chief fire information officer, said in a conference call.

He said rain would be critical – "and not just a small, quick event, but widespread rain across the entire province to really start to alleviate the situation.”

However, he added: “We’re not really seeing [rain] in the forecast right now.”

This is the second straight year that B.C. has declared a wildfire emergency, but the problem now is the sheer number of fires, with 566 recorded as of Wednesday, compared with 150 at the same time last year. Still, there have been fewer evacuations than last year.

In Wednesday’s conference call, provincial Public Safety Minister Mike Farnworth said the state of emergency was declared based on the advice of the BC Wildfire Service. It will, he said, give the province “extraordinary powers” to requisition equipment, control entry to and from certain areas and deploy fire services or police to help with evacuations and other related situations.

Mr. Farnworth said the province has been talking to Ottawa about using military personnel to help out after fires are contained and to deal with lingering hot spots. They also discussed the need for aircraft to move heavy equipment to where it’s needed and to help with evacuations.

As of Tuesday, there were 29 evacuation orders in B.C., affecting about 3,050 people, and 48 alerts, affecting 18,720 people. The situation has already cost more than $200-million this year, and Mr. Farnworth said the province would spend whatever is required.

Shannon Hatch lives in the community of Fort Fraser, near the Village of Fraser Lake, which was put on evacuation alert this week. Huge plumes of smoke have darkened the region, about 160 kilometres from Prince George.

“Ash has been falling like snow,” Ms. Hatch said on Wednesday. “Yesterday in the afternoon, it was pitch black, like nighttime.”

The conditions have kept her indoors with her three children, preparing the family’s travel trailer and waiting anxiously for instructions.

“Everyone’s scared to leave, because if they get put on an [evacuation] order then they’ve got to be home to pack up and head out.

“It’s creating a lot of panic, especially among the elders around here and people with young children.”

In Burns Lake, a community of about 1,800 some 1,000 kilometres north of Vancouver, acting mayor Charlie Rensby said so many evacuees have arrived from surrounding areas that some are being sent to Prince George. “We are overloaded,” he said. “B.C. is burning.”

Prince George Mayor Lyn Hall said his community is hosting about 500 evacuees in hotels and motels, but he expects more. “Based on the forecasts, the winds and no rain and what the fires are doing, I see this continuing on to the end of August, early September,” he said.

Lori Daniels, a forest ecology professor at the University of British Columbia, said the province has seen a pattern of extreme heat, drought and dry lightning that has exacerbated wildfire activity.

“That’s a pattern that has been repeating itself over the last decade, but it certainly culminated last year and this year with tremendous impact around the province,” she said. “It’s a pattern that’s consistent with climate change.”

Dr. Daniels said governments must provide funding and support to communities near forests and other unoccupied land to reduce the risk and impact of wildfires. That includes removing fuel such as small trees and flammable materials, thinning out forests and authorizing prescribed burns in the most fire-prone ecosystems. 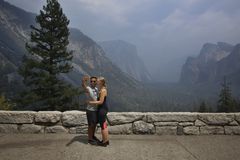 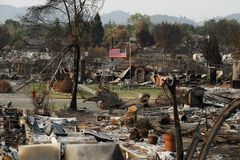 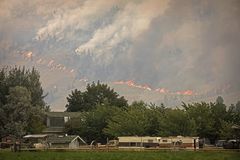 Follow Ian Bailey and Andrea Woo on Twitter @ianabailey @andreawoo
Report an error Editorial code of conduct
Due to technical reasons, we have temporarily removed commenting from our articles. We hope to have this fixed soon. Thank you for your patience. If you are looking to give feedback on our new site, please send it along to feedback@globeandmail.com. If you want to write a letter to the editor, please forward to letters@globeandmail.com.
Comments