As the federal government this week made international commitments to the restoration of nature, British Columbia quietly achieved a new milestone: The province’s tree-planting season, which was almost derailed this year because of COVID-19, is wrapping up with a record number of seedlings in the ground.

The season was in limbo in the early spring, as the global pandemic arrived in B.C., raising questions about whether tree planters could safely work. Most of the pine seedlings that had been produced for planting in 2020 were held in frozen storage, and would have been destroyed if they weren’t planted this year.

But a plan brokered between contractors, the B.C. government and public health officials allowed 5,000 tree planters to be designated as essential service workers. The crews have planted close to 300 million trees so far this year.

“We were really not sure if we could pull this off,” John Betts, executive director of the Western Forestry Contractors' Association, said in an interview Tuesday, as the season winds down. Not only did they recover from the delayed season, they did so without any outbreaks. “We’ve completed the late winter, the spring and the summer planting, which is the vast majority of trees, and we haven’t had a single person who has tested positive for COVID,” Mr. Betts said.

The success offers hope that Ottawa will follow through on its commitment to boost tree-planting efforts nationwide.

Ravi Kahlon, who is seeking re-election as the NDP MLA for Delta North, served as parliamentary secretary for the provincial ministry of Forests, Lands, Natural Resource Operations and Rural Development. He said the province spent months working out the details to ensure this year’s tree planting could proceed.

The tree-planting effort was deemed essential for ecological reasons – B.C. experienced unprecedented wildfires in the summers of 2017 and 2018, scorching a total of 2.5 million hectares of forest lands. But there were concerns about whether tree planters, who work in close quarters in remote and rustic camps, would be safe amid the pandemic. As well, many Indigenous communities where the workers would normally shop and recreate were not welcoming visitors in the spring to protect their populations from COVID-19. Contractors, with the province’s assistance, were able to provide assurances that their crews would not carry the pandemic with them.

The pandemic is expected to continue to circulate in 2021, but Mr. Kahlon said forestry contractors will not face the same skepticism when they return. “There was an unprecedented level of co-operation, with First Nations communities, and employers at the table," he said. "Now these communities know this can be done safely, and that’s good because we have a lot more to do.”

The question will be, what role the federal government will play in the coming years.

The federal Liberal government promised last fall to plant two billion trees, and this week Ottawa made an international commitment to reverse biodiversity loss, when Prime Minister Justin Trudeau agreed that Canada would join more than 70 countries in putting nature at the centre of COVID-19 economic recovery plans.

Despite those promises, Mr. Betts said his industry is still waiting for details of Ottawa’s future commitments.

Mr. Betts said a portion of the trees planted this year in B.C. – 28 million – were federally funded, and a similar commitment has been secured for next year. But he said there is uncertainty about what will happen in 2022, because funding commitments are needed now to ensure enough seedlings are grown for that planting season.

The COVID-19 safety measures increased contractors' costs by as much as 20 per cent, and negotiations are starting for next year’s contracts. Mr. Betts said his industry wants to maintain the same COVID-19 safety provisions that were put in place this year.

Contractors had to innovate to ensure that their crews remained more isolated than ever this year. Roughly half of the 5,000 workers came from outside B.C., and two-week isolation periods for new arrivals was just part of this year’s COVID-19 regime. Crews were assigned to limited “pods,” security was hired to ensure they didn’t stray into town when overnighting in hotels, and laundry facilities were brought into camps to avoid trips to local laundromats.

“We made it work, and we kept our workers from going into town,” Mr. Betts said. “We got outdoor, all-weather pool tables, we did whatever was required to keep our crews from going completely crazy.” But it turned out to be a rewarding year for the crews, he said. “There was lots of work, people got in lots of days. And of course, we’re paying much better than we used to.” 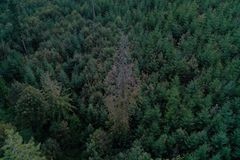 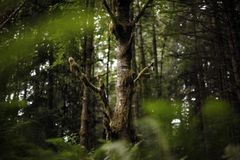 A tiny creature secures a big victory for conservation
September 8, 2020 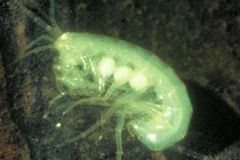