The B.C. government is about to pour money into increasing the supply of lower-cost housing in the province by more than tripling the amount of money it’s willing to lend builders at rock-bottom government interest rates.

Attorney-General and Housing Minister David Eby has previously focused on demand-side measures to cool housing costs, such as imposing taxes on foreign buyers and on homes that are left empty. On Thursday, he said the additional $2-billion in provincial housing-loan money will be a jump-start for the construction of thousands of new apartments and townhouses that households with $75,000 a year or less can afford.

And Mr. Eby said there is a lineup of builders – both non-profits and private developers – ready with projects if they can get that kind of advantageous loan.

“The money is a catalyst. Within the first three years, we expect it will deliver more than 8,000 units,” he said.

Low-interest financing is something both non-profit and private builders say is a huge benefit, even though it’s not the kind of measure that the general public often sees or understands the way they do rent control or tax breaks.

“With our two [rental] projects in Vancouver, it’s absolutely critical. Without it, we couldn’t go ahead,” said Tim Grant, a vice-president at PCI Group, a major development company that is building two large apartment buildings on the Vancouver-Burnaby border under the city’s current moderate-rental program.

That program requires rents in at least 20 per cent of the units to be significantly below market. Studio rents are set at $900 a month.

Mr. Grant said PCI has access to low-interest financing through a federal program for those buildings, but that the non-profit development company whose board he sits on, Catalyst, has used both federal and provincial low-interest loans to be able to complete buildings with the lowest possible rents.

The CEO of a major housing non-profit in Vancouver also said inexpensive construction-loan money is crucial.

“Every dollar we save buys greater affordability,” said William Azaroff at Brightside Community Homes Foundation. The units in a building go from 30 per cent being at affordable rate to between 50 per cent and 60 per cent.

His organization is currently redeveloping some of its 940 apartments as well as adding 200 more. Those are largely rented to seniors, families and people with disabilities who can’t afford private-market rents.

Brightside has received money through the B.C. construction-loan program that already exists, which was working with a pool of about $800-million until Thursday’s announcement.

Governments can lend money at rates significantly below private lenders because they can borrow from elsewhere at similarly low rates since they are considered so secure.

A difference of only one percentage point in borrowing for a non-profit or private developer having to finance a $40-million project is more than a million dollars over five years.

The head of the B.C. organization that represents commercial developers said it is encouraging to see the province working on new measures that are focused on supply, instead of taxes on certain categories of buyers aimed at reducing demand from investors.

“This is much more effective than the demand-side measures,” said Anne McMullin, the CEO of the Urban Development Institute.

Ms. McMullin and many others would like to see other government measures aimed at including supply – removing the GST from new rental homes, eliminating PST on construction supplies, among others – but is pleased with this move for the moment.

Some of the money that Mr. Eby announced Thursday will also be available to help non-profit groups that would like to develop housing on land they have – churches, service clubs and the like – employ professional consultants to guide them through the development process. 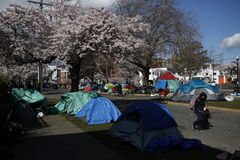 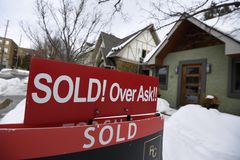 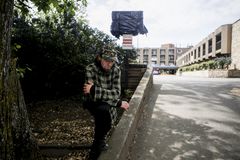