In a building where face-to-face debates between political opponents are normal activities, the British Columbia Legislature will be a much different place when it returns Monday for a summer sitting.

The COVID-19 pandemic and the required physical distancing to slow the spread of the virus will see the normally crowded 87-member chamber reduced to 24 politicians. Meetings and scrums will be held virtually through Zoom from locations around the building or across B.C.

It will be historic, unique and exciting, say members of the legislature, who agree democracy will prevail during the pandemic.

“This parliament continues to amaze me in that just when you thought it wasn’t going to get any weirder, then a global pandemic happens. I am often finding myself marvelling at how unique a time it is to be elected to the legislature to this particular parliament.”

Since the 2017 election, he said B.C. has been rolling through a historic political period with a minority NDP government relying on support from the Greens, and the COVID-19 pandemic adds one more chapter.

NDP House Leader Mike Farnworth said discussions with the opposition parties, the Speaker and Provincial Health Officer Bonnie Henry have resulted in a plan for the legislature that is safe and functional.

“People will be impressed by what’s in place,” he said. “It’s going to allow every member to participate either in the chamber or by Zoom, by virtual. There will be question period. There will be debates on legislation.”

The legislature is scheduled to sit until Aug. 12, Mr. Farnworth said.

Politicians who are not in the chamber will participate virtually in debates. Committee meetings and interviews will be done from their offices in the legislature or their ridings, he said.

Mr. Farnworth said the pandemic plan will serve as a model in case of a natural disaster or other catastrophic event in the future.

The government plans to introduce legislation and pass the budget it tabled in February before the pandemic took hold.

Opposition Liberal Leader Andrew Wilkinson said his party has supported Dr. Henry’s public-health measures, but now the focus is on the economic recovery.

“We’ve been writing letters to the Premier for the last month with dozens of suggestions about how we can get B.C. rolling again, including things like a three-month suspension of the provincial sales tax so that people can get the confidence to go out and involve themselves in the economy again,” he said.

Mr. Wilkinson said the NDP can expect vigorous debate during budget estimates because the government’s “assumptions have been shot to pieces by the pandemic.”

Andrew Weaver, the former Green Party leader who now sits as an independent, said the return to the legislature sets the stage for the pandemic recovery.

“If we go back in history, some of the greatest advances in human civilization occurred after some of the greatest tragedies,” he said. “Every challenge, I view – and I think others should, too – view through the lens of what opportunity does it create. That will be my focus going into this session.”

Mr. Weaver, who will continue to support the minority government, said he expects a quieter, more respectful tone in the legislature.

“If you are sitting at home, it’s kind of hard to get riled up, desk thumping, heckling,” he said. “I don’t see how people will do that from home.”

Canada’s Parliament has sat only 38 days in nearly 12 months. Is distanced democracy what its future holds?
June 9, 2020 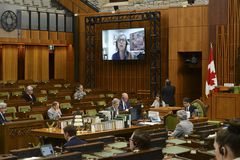 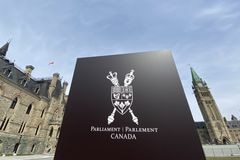 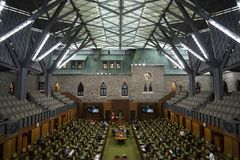