After a week of confusion in British Columbia over the new restrictions on social gatherings, contradictory messaging and a groundswell of cancellations, restaurant owners with empty dining rooms are frustrated and wondering if it’s even worth trying to carry on business as usual.

“There’s no point,” said Trevor Bird, the chef-owner of Vancouver’s Fable Kitchen. “It’s honestly more of a burden to stay open than to close.”

Like many restaurants, he saw a surge on Nov. 7, the same night the public-health order restricting social gatherings in the Lower Mainland and Fraser Valley took effect. The order remains in effect until Nov. 23.

Then the cancellations began pouring in, prompting Mr. Bird to close his farm-to-table dining room on weekdays. Instead he is focusing on virtual cooking classes, a booming side business that generates more revenue in 90 minutes than an entire month of grinding it out in a hot kitchen.

But now, even the weekend operations appear unviable.

“We had 16 customers on Saturday night,” said Mr. Bird, a Top Chef Canada two-time finalist. Before the public-health order was announced, he was averaging 60.

“It’s scary. I’m going to have to lay off staff. I’ll probably close all [this] week, even the weekend, and get our take-home meals going again.”

B.C. Chief Medical Officer Bonnie Henry has repeatedly stated that indoor dining at restaurants is safe when COVID-19 safety protocols are being followed. But the communication has been far from clear.

“Yes, you can go to a restaurant, and I encourage people to continue to go to our restaurants that have their appropriate safety plans in place, but right now we need to make sure that we’re doing it with our group of people,” she said last week.

Still, confusion reigned over exactly what “our group of people” meant, which prompted an update to the health order and even more questions about the definition of a “core bubble.”

At a press conference last Thursday, Dr. Henry acknowledged that there has been some slippage. “When restaurants aren’t paying attention to people mixing and gathering, we can have exposures and that can lead to transmission.”

But then she presented a chart of exposure settings by age group from Sept. 13 to Oct. 28, which showed that the restaurant cases were practically negligible when compared with exposures through households and private parties. (There were no case numbers attached.)

“You can’t say restaurants are safe and then tell people to reduce their bubbles. If you want people to stay home, that’s fair. Cases are spiking. But when you’re going into restaurants, you’re not reducing your bubbles. You’re putting yourself in contact with more people. It’s a contradictory message and, for us, it’s almost worse to be staying open if nobody is coming.”

Mr. Lam says that about 25 per cent of his reservations were cancelled last week. “Friday was our slowest night since we opened. I checked with five or six friends in other restaurants and they’re all saying the same thing.”

In chat groups across the city, restaurateurs are worried that the lack of clarity around the order is a form of “gradualism” leading to eventual closings.

“Household dining represents about 20 per cent of our revenue. If this is what they are stating, then they should have stated it in plain English,” Brandon Grossutti, owner of the PiDGiN restaurant in Vancouver’s Gastown and the at-cost FromTo delivery service, wrote in a heated Facebook discussion last week.

“If we can only host people in our restaurants that are from the same household, why are we allowed to stay open? This is essentially shutting down restaurants without saying so or having an economic plan to go with it.”

Doctors push aggressive strategy to get COVID-19 cases down to zero
November 17, 2020 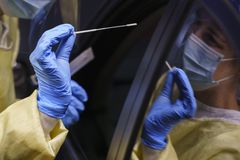 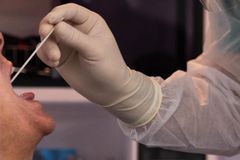 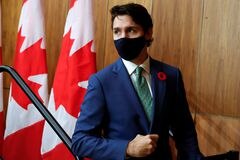