The B.C. government has launched a review of the new ownership structure of one of the province’s biggest retirement-home operators, after Chinese officials took control of the Beijing-based holding company that bought the chain last year.

Health Minister Adrian Dix said he is concerned about the potential impact on seniors who reside in Retirement Concepts homes in British Columbia, and promised strict monitoring to ensure standards of care are upheld.

“The circumstances surrounding Anbang are the subject of concern,” Mr. Dix said in an interview on Tuesday.

Canadian provinces have the right to refuse to give health-care contracts to foreign companies, but the B.C. Liberal government that was in power in the first half of 2017 did not object to the sale. The current NDP government raised concerns about the sale when it was in opposition. Now, Mr. Dix said he expects Anbang to live up to its commitment to retain Retirement Concepts as the operator of the homes for a period of three years.

But he hinted that his government could take action if it determines that the company’s ownership structure has fundamentally changed.

“Whenever there are ownership changes in care homes, we have to review to see if there are changes required,” he said.

The Health Minister added that he has responsibility for ensuring that service contracts are upheld, but he said Ottawa must be held accountable for its decision to approve the sale. “It is their responsibility to ensure that what is happening now doesn’t have an negative impact in British Columbia,” Mr. Dix said.

Retirement Concepts has 20 care homes in British Columbia, as well as two in Alberta and one in Quebec. In B.C., the company was paid more than $85-million last year in contracts to provide more than 1,900 nursing home beds, where frail seniors and others receive around-the-clock care, along with 750 assisted-living spaces.

“This temporary change in management at Anbang will not impact the operations of Retirement Concepts.”

“It’s an unusual situation we are in here, where a significant portion of our stock of nursing beds are owned by a company outside of the country,” she said. “The province is responsible for licencing and monitoring the quality of care in B.C. nursing homes. We are calling on them to implement a more robust auditing process at Retirement Concepts facilities.”

Ms. Whiteside noted that the province has acknowledged a shortage of staffing in B.C. nursing homes and has promised additional funding in this year’s budget. But she said she is worried that the Chinese government will cut services in the B.C. care homes as it seeks to address Anbang’s finances.

A group of officials from the China Insurance Regulatory Commission, China’s central bank and other key financial regulators and government bodies will attempt an equity restructuring of the insurance giant.

Mr. Dix said he is still looking for answers about what that will mean for B.C. seniors.

“We are reviewing other possible impacts, but the principal regulatory authority on the investment side is with the federal government, and it is our expectation they will be ensuring the highest possible evaluation of what is happening to ensure that everyone in B.C. is supported.”

In a report in January, B.C. Seniors Advocate Isobel Mackenzie found that 85 per cent of facilities with publicly funded beds are not meeting provincial guidelines for providing sufficient hours of direct care to residents. The province is providing new funding in this year’s budget to help address that shortfall in both publicly and privately owned facilities. 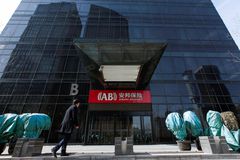