A coalition of nearly 40 rights groups is calling for a public inquest into the COVID-19-related death of an inmate this month at a federal prison in B.C.

In a letter to B.C.’s Chief Coroner Lisa Lapointe and B.C. Minister of Public Safety and Solicitor-General Mike Farnworth, the group, led by the B.C. Civil Liberties Association, cites various reports stating that administrators at the Correctional Service of Canada (CSC) mismanaged the outbreak response at Mission Institution by failing to implement adequate prevention measures.

“There is strong reason to believe that a clear and meaningful connection exists between Mission Institution’s failure to provide necessary care such as harm-reduction supplies, hygiene necessities, adequate space to implement physical-distancing measures, and extended health care to limit the spread of the virus, and the resulting death due to COVID-19,” reads the April 28 letter.

It calls for an immediate public inquest to review the circumstances surrounding the death to ensure that any practices or conditions that may have contributed to it are modified.

The 38 signatories include Prisoners’ Legal Services, the John Howard Society of Canada and the Union of B.C. Indian Chiefs.

The inmate at Mission Institution died at Abbotsford Regional Hospital on April 15 from complications related to COVID-19, according to CSC. It was the first COVID-19 death among federally sentenced inmates in the country.

As of Wednesday, 108 inmates at the prison had tested positive for the new coronavirus – more than one-third of all inmates, and more than any other federal institution in Canada. Twelve staff members have also contracted the virus.

In a statement to The Globe and Mail, the BC Coroners Service said Wednesday it is unable, under the Coroners Act, to comment on continuing investigations but that Ms. Lapointe will be speaking with the B.C. Civil Liberties Association about the request.

The coroner must investigate every death of a person committed to a correctional centre, but there is no requirement that an inquest be held. The chief coroner may call an inquest if she believes there is public interest, or if the death resulted from a dangerous practice or circumstance that could be changed to prevent similar deaths.

Several legal actions are under way relating to inmate rights at federal facilities during the COVID-19 pandemic. They include applications for class-action lawsuits in B.C. and Quebec, led by inmate plaintiffs Todd Howley, from Mission Institution, and Joelle Beaulieu, from Joliette Institution, respectively.

In Mr. Howley’s case, a notice of civil claim alleges government negligence causing injury, when it was known that COVID-19 was sweeping across the globe. Mr. Howley reported symptoms including sinus issues and headaches to CSC staff in late March and was dismissed as having allergies, according to the claim. He subsequently tested positive for COVID-19.

“At the core of this is a failure to take care, in the face of a known risk, to protect people that are really at the mercy of their keepers,” Mr. Howley’s lawyer, Jeffrey Hartman, told The Globe on Wednesday.

CSC said in a statement released Saturday that Mission Institution has added additional hand-washing stations, increased hygiene supplies and provided all inmates and staff with masks.

Federal Minister of Public Safety and Emergency Preparedness Bill Blair has asked both CSC and the Parole Board of Canada to consider early release for non-violent and lower-risk inmates. As of Wednesday, the agencies say they are streamlining case preparations for offenders and reviewing individual situations in consideration for early release.

Canada’s prison watchdog, Ivan Zinger, has called the isolation of inmates to curb the spread of the virus “deeply concerning.”

Last week, federal corrections authorities released their first inmate because of medical vulnerability to death from COVID-19. Derrick Snow, an inmate at Ontario’s Bath Institution, had brought a lawsuit in Federal Court in Ottawa seeking his release and was informed one day before an emergency hearing that he would be released on conditions.

At B.C.'s 10 provincial correctional centres, which house offenders who were sentenced to less than two years, about 200 people have been granted early release since March 1 because of COVID-19 protocols. These early releases are provided by granting a temporary absence and can be rescinded if warranted, according to the Ministry of Public Safety. 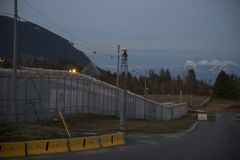 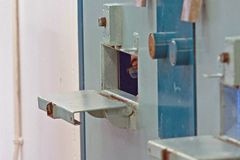