Justine Hunter
VICTORIA
Published May 16, 2021 Updated May 17, 2021
Comments
Text Size
Please log in to listen to this story. Also available in French and Mandarin. Log In Create Free Account

British Columbia’s New Democratic Party government has spent the past 15 months fighting a group of workers who want the right to organize into a collective bargaining unit.

The case before the Labour Relations Board (LRB) involves 34 public-school principals and vice-principals in the Kootenays, who applied for union certification in March, 2020.

That the province’s labour-friendly government would oppose them is ironic. That the government would argue that unionization would make this group of workers less loyal to their employer is rich. But with the long, stormy history of labour strife in B.C.’s schools, it is at least understandable that the province fears having one more union to deal with in the education sector.

A decision from the LRB is anticipated soon. If the Southeast Kootenay Principals’ and Vice-Principals’ Association wins, it will overturn a 34-year-old law that denies B.C.’s school administrators the right to join a union.

B.C.’s teachers were given the right to full collective bargaining in 1987, but at that time, principals and vice-principals were excluded as managers.

Since that time, the BC Teachers’ Federation has battled with governments of every political stripe, rarely settling a contract without labour disruptions. Throughout every strike, it is the school administrators – principals and vice-principals – who have been left to cross the picket lines and keep the schools open.

But labour law has evolved, starting with the 2007 Supreme Court of Canada ruling that access to collective bargaining is a Charter-protected activity.

The BC Principals’ & Vice-Principals’ Association (BCPVPA), with 2,600 members, didn’t jump at the court ruling as an opportunity to organize. But over the years, working conditions for their members across the province’s 60 school districts became wildly inconsistent. Even within school districts, individual contracts varied, and could be stripped at will by the trustees.

“They are in a master-servant relationship, where you get what is given to you,” John Rogers, counsel for the association, said in an interview.

Mr. Rogers made his name in B.C. labour law as counsel for the BC Teachers’ Federation, securing a landmark ruling on negotiating class size and composition against the B.C. government in the Supreme Court of Canada in 2016. In 2017, the BCPVPA quietly approached him for an opinion on whether it could unionize.

He believes it can, arguing that B.C. is violating a fundamental Charter right – the freedom of association – by denying his clients the right to unionize. Still, the association didn’t pursue it. What it wants is the ability to collectively bargain working conditions for its members, with a dispute-resolution mechanism instead of the right to strike.

“Our members across the province do not have a desire to unionize,” said Kevin Reimer, president of the BCPVPA. “We don’t want that much power, so don’t put us in the position where we have to ask for it. We don’t want the nuclear codes, let’s find something that works for everyone.”

The B.C. Public Sector Employers’ Association rebuffed the appeal to work out a mechanism for collective bargaining. It maintains that principals and vice-principals are managers and therefore have no rights to do so.

In School District 5 – the southwest Kootenays – conditions got to the point where the local chapter decided it had nothing to lose. Compensation was arbitrary, and many teachers earn more than vice-principals. It took the only route left, which was to apply to the LRB for certification as a union.

Keith Evans, counsel for the Attorney-General, held the pen for the school district in the LRB hearings. In his March 29, 2020, filing, Mr. Evans made “loyalty” a reason to deny certification. Having a separate bargaining unit for administrators, who in turn have to manage employees in another union, would create a potential conflict of interest, he wrote: Their loyalties would be divided.

Stephanie Higginson, president of the BC School Trustees Association, which represents the employer in B.C. public schools, said the case now before the LRB might have provincewide implications, because it would allow other chapters to seek certification without the long battle waged in School District 5. Whether others would follow, however, is not yet clear.

Oddly, the Ministry of Education is not doing much to resolve this brewing conflict. Since the BCPVPA supported the certification application by its one chapter, Mr. Reimer’s twice-monthly discussions with the deputy minister stopped. “I have not spoken to the deputy minister in 15 months,” he said.

How Ottawa thwarted efforts to help an endangered species
May 15, 2021 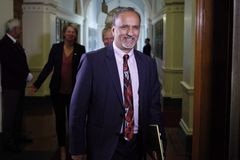 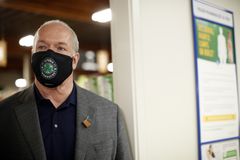