British Columbia plans to give the Civil Forfeiture Office more powers to seize assets it deems are the proceeds of crime as the public agency faces a continuing constitutional challenge.

Mike Farnworth, B.C.’s Solicitor-General and Public Safety Minister, told reporters shortly after introducing the amendments in the legislature Tuesday morning that the changes are constitutional and will help the province target criminals buying up assets after making money off of organized crime and the underground fentanyl trade.

“They have been developed in consultation with constitutional legal advice, with police advice, with the judiciary, with a whole range of experts on this field and, as well, other provinces are already doing this,” Mr. Farnworth said of the proposed rules.

The CFO has faced heavy criticism over the past decade for giving the province the power to seize assets from people without charging them criminally, and it is fighting the Hells Angels in B.C. Supreme Court over three clubhouses – in Vancouver, Kelowna and Nanaimo. The office is arguing the properties should be forfeited because they are likely to be used to plan crimes, while the Hells Angels are arguing the current laws are unconstitutional.

Micheal Vonn, policy director for the BC Civil Liberties Association, said in an interview that her organization and other rights groups in the province were not consulted on this change, which she said will further tilt the civil forfeiture process in favour of the government at the expense of the rights of individuals.

“It is an end-run around the criminal law process and protections in order to give a leg up to the government in prosecution,” she said. “Civil forfeiture is already deeply problematic. It’s bad and this will make it worse.”

The Globe and Mail has reported extensively on the Civil Forfeiture Office, which was established as a way to fight organized crime but has come to have a far broader reach. The Globe has interviewed those who have had to fight to keep their homes, vehicles, money and even a coin collection. Others not eligible for legal aid in a civil trial have been unable to afford to argue their case.

Some of the proposed changes include giving the CFO the pre-emptive ability to ask a B.C. Supreme Court judge to order a suspect’s assets be held before the agency formally sues them, so that criminals cannot transfer money out of their accounts and hide it from the government. Another proposal is to make it easier for the CFO to compel banks and other financial institution to hand over basic information before their clients transfer their assets abroad, the government said in a news release.

As well, B.C. is proposing that the onus to prove a targeted asset is the proceeds of a crime be shifted onto the defendants, as long as the CFO “provides the court with sufficient evidence clearly linking the asset to organized crime, gang activity or drug trafficking,” according to the release.

Lawyer Bibhas Vaze said the government is employing populist rhetoric of going after international criminals gangs to make changes that further ignore the rights of ordinary citizens. He is representing a client in a civil trial next year who will argue the current regime is unconstitutional.

“These proposed amendments take us much further back,” he said.

The agency has forfeited $44-million worth of assets since 2014 after being referred almost 4,500 files by law enforcement, according to a CFO spokesperson.

Mr. Farnworth, whose NDP had been critical of the province’s Civil Forfeiture Act when it was in opposition, said the agency is operating as it should and more needs to be done to target gangs importing mass quantities of deadly fentanyl and laundering millions of cash within B.C.

“We know that organized crime is a real problem, we know that people are sick and tired of the idea that criminals can engage in this and get all these assets,” he said. “They may face jail time, but those assets are still theirs.” 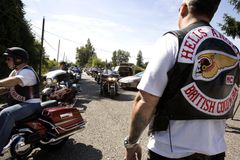 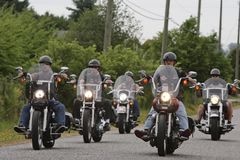 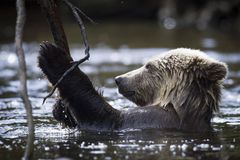