British Columbia’s House Speaker Darryl Plecas is offering to rip up non-disclosure agreements that prevent former legislature staff from speaking out about the House’s spending scandal.

The uproar over lavish spending by the legislature’s top officials – a list that includes a log-splitter, truckloads of liquor, $1,000 suits and an expensive set of luggage – has led to an RCMP investigation so broad that it requires two special prosecutors to oversee, and a forensic audit that could reach back years.

Now, a probe into the “workplace” may deliver yet another black eye for the institution.

Last week, Mr. Plecas released a report in which he alleges rampant abuse of taxpayers’ dollars by two senior officers of the House, Clerk of the House Craig James and Sergeant-at-Arms Gary Lenz, who are both suspended with pay. Both men have denied wrongdoing and none of the allegations have been proven in court.

After discussing the report behind closed doors, the all-party committee that manages the Legislative Assembly passed a series of motions in quick succession, with no discussion. One called for a forensic audit, one called on the two men – who are still on the payroll – to respond to the allegations by Feb. 1.

In another motion, they launched “a workplace review of the Legislative Assembly departments … in order to address matters raised in the report by the Speaker.” The workplace includes roughly 240 employees of the legislature – librarians, security officers, office and maintenance workers – who work in a unique environment. The administration of the legislature is unlike any other branch of government, more or less controlled by two people who wield immense power with little scrutiny: The Speaker and the Clerk.

The Plecas report included a thick sheaf of supporting documents – receipts, e-mails and more – to back up his allegations. But he also noted allegations made to him by several unidentified whistleblowers, many of whom say they were forced out of their jobs when they tried to challenge what they believed to be misuse of public funds.

“The Speaker has heard from a number of former employees who said they were terminated without cause,” he wrote. “It appears that this practice of sudden without-cause terminations has fostered a culture of insecurity among staff in at least some of the departments at the Legislative Assembly that if employees spoke up about concerns, or fell out of favour, they could lose their jobs without warning. As a result, staff have stayed quiet about what they have observed.”

Premier John Horgan, speaking with reporters last Thursday, said these allegations have created an urgency to get on with one of his election campaign commitments, to bring in legislation that would protect whistleblowers.

But Mr. Plecas isn’t waiting for that. His special adviser, Alan Mullen, said in an interview the Speaker has the legal authority to rescind any non-disclosure agreements that were imposed on terminated employees, and he believes it is justified in this case.

“We have to look at the culture of the legislature,” he said. “It’s an odd place, set up like the Vatican, almost. We need to do better. We need to make sure our employees have a safe and secure, harassment-free workplace.”

To change the culture in future, he said, the legislature has to dig into what has happened.

“The only way we can get to the bottom of this is to have open dialogue with former employees and current employees. People need to know if they have signed a non-disclosure agreement, we are not going to be suing them,” Mr. Mullen said. “We’re going to retract those non-disclosures, because that’s the only way we can facilitate change and move forward in a positive direction.”

In his report, Mr. Plecas recounted how one whistleblower came forward to report improper expense recordings by an MLA. Mr. Lenz began an investigation, but Mr. Plecas alleges that Mr. James shut that down “on the basis that if such an investigation into the expense claims occurred, ‘we would all wear it.’ ”

With the promise of protection to ex-employees, there could well be others who will wear this scandal. 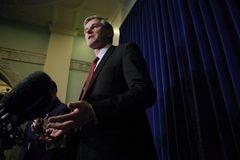 Globe editorial: The B.C. spending scandal is unique, in more ways than one
January 24, 2019 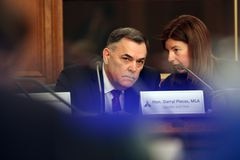 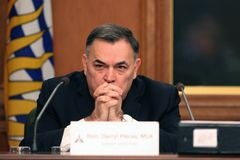