The BC Teachers’ Federation and the provincial government will meet for eight days of talks aimed at reaching a new collective agreement before the school year starts.

BCTF president Teri Mooring said the negotiations, to start Wednesday, will focus on teachers’ pay and class size and composition. The current agreement between BCTF and the BC Public School Employers’ Association expired June 30.

Ms. Mooring said bargaining began in late January and the two parties had a five-day bargaining session in July, but so far, an agreement is not in sight.

She said the federation representing 43,000 teachers has not yet considered a strike vote, and talks around job action at this moment are “premature.”

Mediator David Schaub was brought into talks in June at the request of the B.C. Public School Employers’ Association, which is the provincial government’s bargaining agent.

Ms. Mooring said one of the two key demands in this bargaining is the salary for teachers.

“Teachers in B.C. are the lowest paid of all the Western provinces, and the second-lowest paid teachers in Canada, so we’re unable to attract teachers from across Canada because of our low pay,” she said in an interview.

Teachers are also demanding that every district in the province be given the same class size and class-composition language.

Teachers waged a 14-year court battle against changes made by the previous Liberal government that rolled back language on class size and composition. Ultimately, the Supreme Court of Canada sided with the teachers and declared the provisions that existed in 2001 had to be reinstated.

That forced the government into a hiring frenzy, with an additional 3,700 teachers hired over two years to meet the reimposed contract language.

But that contract language did not extend to all boards in the province, so the Supreme Court ruling did not affect them. The union wants that to change in this round.

The government has said the demands teachers are making in this round of bargaining would add another $1-billion to the education system. The Ministry of Education said in a statement Monday that it is “optimistic” that the parties will find a solution.

Already, the province has injected an extra $1-billion into the education system, the statement said.

“We want the parties to reach a fair deal that works for students, parents and teachers,” said the statement.

“That’s why we’re pleased both sides have agreed to mediation. This is encouraging.”

The provincial government’s public-sector bargaining mandate expects the BCPSEA to come up with a three-year contract with wage hikes of 2 per cent each year.

Earlier in the bargaining process, the BCPSEA had proposed a baseline class size and the ability to provide additional resources to local school districts, such as flexible class sizes and more teacher preparation time. It would provide funds for specialist teachers, such as teacher-librarians. The package was on the table as talks headed into the summer.

The new school year will start on Sept. 3, and Ms. Mooring said she hopes that a collective agreement is completed by then so teachers and students will not worry about the disruption of school.

Ms. Mooring said teachers were optimistic when the NDP government was elected and expected the NDP to put a higher priority on education compared with the fractious relationship the union had with the former Liberal government.

“So now we need to see that priority put into action,” she said.

Labour peace prospects in B.C. schools dim as teachers accuse NDP of backpedaling on 2016 ruling
May 29, 2019 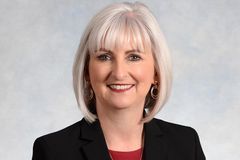