The B.C. Teachers' Federation has filed an application with the provincial Labour Relations Board over COVID-19 health and safety concerns, citing crowded classrooms and a lack of staff and equipment to prevent infection in schools.

The application, filed Thursday, comes during the first full week of school classes in B.C. and as case numbers in the province continue to climb.

The application also highlights a gap between the provincial government, which says the first week of school went well and that problems are being addressed as they arise, and the union, which maintains both students and teachers are at risk.

“I think in contrast to a number of other provinces, B.C. was successful in getting the majority of students back to school,” Minister of Education Rob Fleming said Friday on a conference call with reporters.

“And the anecdotes coming in from parents, administrators and people working in the school system about growing confidence and familiarity, I think is encouraging," he said, adding that it was early in the school year and adjustments were to be expected.

BCTF president Teri Mooring, however, says teachers have reported classrooms not being cleaned, a lack of enforcement of mask policies and a shortage of protective equipment, including masks.

“What we’re seeing is a lack of oversight by the provincial government, a lack of investment in the safety measures necessary to keep our students safe and to keep the teachers safe,” Ms. Mooring said on a conference call.

“So we are looking for a solution at the labour board that will enable our voice to be heard and the voices of teachers to be heard."

As well as safety concerns related to teaching in classrooms, Ms. Mooring said the BCTF is also worried because some districts have laid off teachers due to fewer students being at school – because they have chosen a remote-learning option – instead of hiring additional teachers to ensure smaller class sizes.

“We are not seeing teachers being hired to reduce classroom density – that is not happening,” Ms. Mooring said, referring to the number of students in each classroom.

“And the only place that classroom density is being reduced is the couple of districts that are choosing a hybrid model and only for Grades 10 to 12. So what’s happening is not adequate.”

The provincial Education Ministry said in a statement that school districts have hired hundreds of new employees in preparation for the August restart, including 624 teachers in 34 of the province’s 60 school districts. About 85 per cent of kindergarten to Grade 12 students have returned to classrooms, the ministry says.

In its application to the Labour Relations Board, the BCTF says the province has failed to reduce student density and criticizes the cohort model, which separates students into groups, saying it “is essentially a contact tracing strategy and cannot be a substitute for other safety measures...nor can it be a substitute for physical distancing, a robust mask policy, and sufficient [personal protective equipment].”

The application also cites confusing direction for students and staff with COVID-19 symptoms, saying changes to a daily health check form were poorly communicated and that current guidelines could result in individuals with symptoms attending schools.

As of Friday afternoon, Fraser Health Authority – home to the province’s biggest school district, in Surrey – was reporting exposures at 12 schools, including nine in Surrey. Vancouver Coastal Health, the other regional authority in the Lower Mainland, was not reporting any exposures.

Alberta Chief Medical Officer of Health Deena Hinshaw on Friday said the province had identified the first case likely transmitted at a school – an elementary school in Edmonton.

Also Friday, Edmonton Public Schools said in a bulletin that Alberta Health Services had on September 17 confirmed cases in three schools, resulting in dozens of students and staff members being told to isolate at home for 14 days.

The BCTF has clashed with successive provincial governments over issues concerning teachers' pay and class sizes. It spent more than a decade fighting provincial legislation that took away their rights to negotiate class sizes as part of their collective agreement.

In 2016, the Supreme Court of Canada ruled in favour of the BCTF, setting the stage for hundreds of teachers to be hired to bring class sizes and composition in line with former guidelines.

BCTF members ratified a three-year contract this past May. 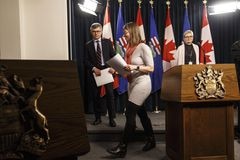 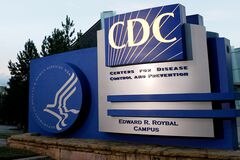