A British Columbia coroner’s inquest jury recommends improvements in provincial substance abuse treatment, detection and prevention services for young people following an inquest into the overdose of a Victoria-area teen.

The jury cites B.C.’s health and education ministries and the Vancouver Island Health Authority in its recommendations after hearing from more than 40 witnesses into the April 20, 2018, death of Elliot Eurchuk.

The jury concludes the 16-year-old’s death was accidental, resulting from a mixed intoxication of drugs that included fentanyl, cocaine, heroin and methamphetamine.

The jury recommends the education ministry develop programs for early detection of mental health and substance use disorders at schools and implement plans to ease the transition back to school for students who undergo drug treatment programs.

It also says the health ministry should provide youth with more long-term residential substance use treatment facilities throughout B.C.

Eurchuk’s parents, Rachel Staples and Brock Eurchuk, testified their attempts to help their son were thwarted by outdated privacy policies.

The B.C. Coroners Service called the inquest saying there was a public interest in hearing the circumstances of the teen’s death, and that a jury would have the opportunity to make recommendations to prevent similar deaths.

Eurchuk’s parents said at the conclusion of testimony that they don’t want others to endure the trauma of not being able to help children when they need it most.

He said current privacy laws prevented them from knowing the full extent of their son’s substance abuse because he consistently denied using drugs and when he finally disclosed to his family doctor, he asked that his parents not be told.

“Let’s dial it up 30 years later and talk about the opioid crisis and what these kids are exposed to on a daily basis,” he said. “It’s a challenging, dangerous new world.”

Staples said the family wasn’t able to receive detailed medical information about Eurchuk’s addiction, which prevented them from developing a united strategy and treatment plan.

“That’s what it creates, because the parents are trying to make a child understand an adult’s perspective when a child has a child’s brain that’s been hijacked by opioids,” she said. “Family dynamics are disrupted.”

Staples, a dentist and also a mother of two sons younger than Eurchuk, testified she was shocked in 2016 to discover her son had sedation drugs from her dental office stashed in his bedroom. She said she suspected her son was perhaps smoking marijuana, but had no idea about other drugs.

The mother testified she watched Eurchuk slide over three years from a bright, but underachieving student and talented athlete to drug-sick teen.

The inquest heard from Kelowna pediatrician Tom Warshawski who described an overdose as a life-and-death situation where a young person’s brain and actions are being controlled by potentially deadly drugs.

He said he supports placing young people in treatment facilities against their will if they’ve suffered an overdose.

Warshawski said committing young people to secure treatment facilities under B.C.’s Mental Health Act, where they can’t leave for a time period of about one week, allows doctors to help clean the drugs out of their systems and open their minds to the possibility of future treatment.

The inquest heard Eurchuk’s parents placed their son in secure care after he overdosed on illicit drugs at the hospital. At the time, he was undergoing treatment for a blood infection that is common to intravenous drug users.

Staples said the move only further alienated their son from the parents because he felt they had betrayed him.

Dr. Perry Kendall, B.C.’s former provincial health officer, told the inquest jury he wasn’t a supporter of involuntary care for youths with drug issues. He said there is not enough evidence showing such treatment programs work. 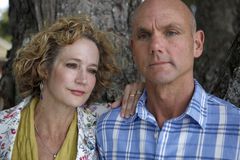 B.C. doctors tell inquest teens have right to privacy about their health
June 20, 2019 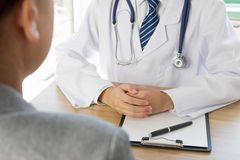