British Columbia’s Civil Forfeiture Office is attempting to seize a $2.5-million Vancouver home and $2-million in cash from a pair accused of running a massive casino money-laundering business after the criminal case against them collapsed last month.

The office is targeting the two-storey home owned by Caixuan Qin and the cash seized by the RCMP in 2015 at the Richmond office of Silver International, a company she ran with co-defendant and spouse Jian Ju Zhu, according to a notice of civil claim filed Wednesday in B.C. Supreme Court. In court documents, the office accuses the couple of clearing millions of dollars through local casinos.

When federal Crown prosecutors stayed the criminal charges against Ms. Qin, Mr. Zhu and their company a month ago, it shocked the country and led B.C.'s Attorney-General to launch a review into what went wrong in the investigation federal Mounties had named E-Pirate.

The civil forfeiture agency, which does not need a criminal conviction or even charges to pursue a file, is also seeking thousands of dollars in East Asian and Latin American currencies, $17,800 in chips from the River Rock Casino in Richmond, B.C., almost $10,000 in credit-card gift cards as well as a collection of jewellery, cellphones, money counters, luggage and computers. These items were all collected during 2015 and 2016 raids of the couple’s home, safety deposit boxes at Royal Bank and the Bank of China as well as the offices of Silver International and nearby Style Travel, a company that the couple also allegedly used to launder funds, the claim states.

Mounties also found almost 10 grams of cocaine, a digital scale, a box of cannabis, a credit card reader and “skimmer" for copying card numbers and PINs, fake IDs for various people and eight boxes of rifle cartridges at the Vancouver home, the lawsuit states.

None of the allegations detailed in the new civil forfeiture claim have been proven in court and lawyers for Ms. Qin and Mr. Zhu did not respond for requests to comment on Friday.

Earlier this week, Ms. Qin, Mr. Zhu and Silver International lost a separate Charter challenge in B.C. Supreme Court aimed at immediately retrieving the seized cash and other items after their criminal case was dropped, with the judge ruling the Crown had to return everything except the illegal items on or after Boxing Day. The civil forfeiture lawsuit means the pair will have to argue once again that they should get the money back.

Neither the RCMP nor the Crown have explained why the money-laundering case fell apart on Nov. 22, though the RCMP said in a statement afterward that it is conducting a “full-scale review.”

Attorney-General David Eby’s office said he would not comment on the civil forfeiture case while it is before the courts. Mr. Eby, who previously said he was “incredibly disappointed” by the stay of charges, has launched a separate review of what went wrong and has now spoken about the case with Bill Blair, federal Minister of Border Security and Organized Crime Reduction.

Mr. Eby’s spokesperson said his ministry could not comment on whether the recent stay of proceedings has affected continuing investigations, but noted that provincial prosecutors do not currently have any criminal cases before the court that are related to Silver International’s alleged operations.

In June, the B.C. government released a report by Peter German – a former deputy commissioner of the RCMP and Correctional Service Canada – on money laundering in B.C. casinos. Mr. German found that the province’s dysfunctional regulatory regime for casinos has enabled large-scale transnational money laundering by organized crime that is tied to the trade in opioids. 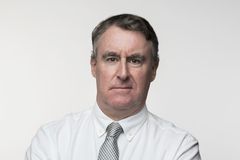