The B.C. government declared a provincial state of emergency this week in response to wildfires burning out of control across the province.

This after insisting for weeks that such a declaration wasn’t necessary – that those battling the blazes had all the supports needed. The about-face was baffling, but perhaps not surprising: the New Democratic Party government’s handling of twin crises this summer has not been good. In fact, it’s been dreadful.

Before fires began burning up vast swaths of the province and the town of Lytton, a heat dome encapsulated B.C. with a severity never seen before. It caused temperatures to reach unimaginable levels. A new Canadian record of 49.6 C was set in aforementioned Lytton – before it burned down.

The provincial coroner is now investigating the deaths of more than 800 people who died unexpectedly during the week the heat spell struck. It was four times the number that normally have died during this period. If 600 or so deaths can be attributed to the heat, that is a tragedy and a scandal. That’s just under a third the number of people who have died from COVID-19 in B.C.

Premier John Horgan’s response to it all was not good. He admitted to being caught flat-footed by the intensity of the heat wave, happening as it did while the province was preparing for its pandemic reopening. He offended many when he suggested deaths from heat were inevitable.

What he didn’t say was that his government blew it, that he or someone should have been screaming from the rooftops that the heat had the potential to kill and that seniors living alone in apartments without air conditioning were particularly vulnerable and needed to be cared for.

Life under the heat dome: You might no longer know where you are

B.C. was not the only jurisdiction suffering from these historic temperature levels. There were similar recordings in nearby Washington State and Oregon. CTV reported recently that during the same one-week stretch, each state recorded just over 100 heat-related deaths.

Why was B.C.’s so much worse? Because people were failed by their political leaders.

The government’s response to the wildfires has not been much better. After mocking the BC Liberal opposition’s calls for a state of emergency declaration, the government turned around and did exactly that this week.

Suddenly, something that wasn’t deemed necessary became necessary, because it provided the government with powers and flexibility it desperately needs in dealing with the fallout from these fires. That includes mass evacuation scenarios.

You might have thought the government would have been more sensitive to the situation, given what happened in Lytton, where citizens were given little notice of what was about to happen to their little town. Communication was appalling.

There are close to 300 fires burning throughout the province. Currently, there are thousands of people who have been either evacuated from their homes or put on notice it could happen at any time. This is the time when something like, I don’t know, a provincial alert system, say, might come in handy.

But no. B.C. seems to know better than other provinces and has eschewed this technology in favour of, what, a word-of-mouth approach?

As The Globe and Mail reported this week, the province is the only one in the country that hasn’t issued a direct-to-cellphone alert since the national warning system became available three years ago. The story noted that Alberta, on the other hand, has used Alert Ready more than 70 times since 2019 – including 25 times for wildfires.

This is madness. Why the reluctance to use a system that could maybe save someone’s life? In an emergency such as a fast-moving forest fire, minutes matter. Minutes can be the difference between life and death. But the B.C. government doesn’t seem to think this is a big deal.

Now that its indifference to this potentially life-saving system has been exposed, the government is saying it will look into using it more frequently. Good grief. In a province that has more wildfires than any in the country, the Alert Ready system should be well known by everyone who lives there.

It should be a fact of life, particularly in the summer. I know the people of Lytton could have benefited from the system in the minutes before their town burned down and they were scrambling to avoid certain death.

This fall, after the last fire has been doused, after temperatures have returned to normal, the B.C. government needs to launch an inquiry into its abysmal handling of these twin emergencies. People have paid for the government’s incompetence with their lives. 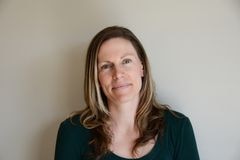 Opinion
Enough with the cognitive dissonance. The wildfire that destroyed Lytton, B.C., could happen anywhere
July 2, 2021 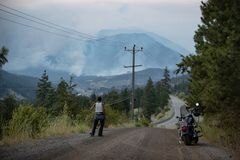 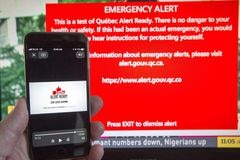