Some of the billions of dollars that have been spirited out of China and pumped into British Columbia’s economy in recent years have mingled with drug money and bolstered the underground money-laundering sector, one of Canada’s foremost academics told a provincial inquiry Monday.

Stephen Schneider, a criminology professor at St. Mary’s University in Halifax, began the first day of 3½ weeks of expert testimony at the provincial money-laundering inquiry by going over his 140-page review of scholarly research, government and police reports, and journalism written on the subject over the past three decades.

A central force in how the province became a hotbed for this crime was the massive flow of people transferring money out of China via underground banking networks, according to Dr. Schneider, who is scheduled to testify virtually for another two days.​

Brock Martland, the commission’s lead counsel, asked Dr. Schneider whether cash from someone evading China’s cap on transferring more than $50,000 out of the country can be considered the proceeds of crime in Canada even if that cash was earned through legitimate means.

Dr. Schneider said even if this money was made legitimately, it was still being transferred through informal underground networks run in Canada by criminal organizations that also laundered money for Canadian gangs and transnational organized crime groups.

“Capital flight may not be necessarily be laundered by the strict definition of the term – if there was no criminal predicate offence – but the capital flight fed into a broader system that not only supposedly increased inflation in the housing market, but more importantly became an integral part of the whole money-laundering system that has became known as the Vancouver Model,” Dr. Schneider told the virtual hearing from his home on the East Coast.

“The whole point after a while was that drug money and capital flight were commingled.”

Dr. Schneider’s review notes official Chinese figures pointed to “at least 26 fugitives in Canada who had stolen funds from state-owned institutions ... several of [them] were living in B.C.”

The B.C. NDP government called the inquiry last May after three independent money-laundering reviews, including two by Mr. German, former deputy commissioner of the RCMP. Mr. German concluded that crime groups were funnelling billions of dollars into B.C. through real estate, luxury cars and other parts of the economy. According to a report from B.C.'s expert panel on money laundering in real estate, approximately $5-billion was laundered through that sector in 2018, increasing housing prices by at least 5 per cent that year alone.

Massively popular online games have created their own forms of currency that players use to buy in-game products or advance to the next level. These currencies also have real value and can be used to launder the proceeds of criminal activity.

Dr. Schneider, who has worked with the RCMP and is considered one of the country’s foremost experts on money laundering, will continue his testimony Tuesday before lawyers for the 17 various groups granted standing can ask him questions.

A handful of other experts will testify into next month before the hearings break for the summer and resume in the fall with the main trial-like hearings, during which different people will take the stand and answer questions about the washing of cash through various sectors.​

B.C. should make changes to keep cyberthreats out of its election process: report
Subscriber content
May 25, 2020 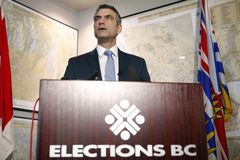 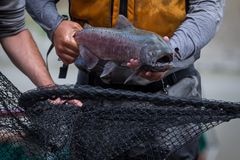 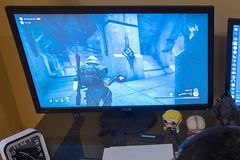