Of the proportional representation systems that will be part of a B.C. referendum this fall, mixed member proportional is likely the most familiar. MMP is used in a number of countries, including Germany and New Zealand and was the voting system recommended by an Ontario citizen’s assembly a decade ago.

The two other PR systems that will be on the ballot – rural-urban proportional and dual member proportional – are lesser known. However, proponents say both would be clear upgrades over B.C.’s current first-past-the-post.

Per Mr. Eby’s report, rural-urban PR is a mixed voting system that elects MLAs in two ways and was developed to address Canada’s varied geographic and demographic needs.

Réal Lavergne, president of Fair Vote Canada, said in an interview that his organization helped develop rural-urban PR by building on a system proposed by Canada’s former chief electoral officer, as well as systems used elsewhere.

Under rural-urban PR, MLAs in urban and semi-urban areas would be elected through the single transferable vote – voters would rank their preferred candidates in multi-member districts.

Rural areas would continue to use first-past-the-post with a small number of seats allocated to ensure proportionality.

The number and configuration of the regions under rural-urban PR has not been determined. The number of MLAs would fall between the current total of 87 and a maximum of 95.

According to Mr. Eby’s report, rural-urban PR is not used anywhere as a single integrated system and could be difficult to understand.

But Mr. Lavergne said a similar system is used in Sweden and while counting the ballots under rural-urban PR would be complex, voting itself would not.

“If you can order a coffee at Tim Hortons, you can vote,” he said.

The third option on the ballot is a dual member proportional system (DMP). Sean Graham, who developed the system in 2013 as a student at the University of Alberta, said in an interview that it would be a good fit for B.C.

“I feel humbled that it may be used to actually improve democracy in Canada. That was the whole intent,” he said.

Under DMP, most of the province’s existing single-member districts would be amalgamated with a neighbouring district to create two-member ridings. The largest rural districts could remain single-member.

Parties would nominate up to two candidates per district and voters would cast a single vote for their preferred pair. The first seats would be won by the primary candidate for the party that received the most votes, while the second seats would be allocated to maintain proportionality.

DMP is not currently in use in Canada, according to Mr. Eby’s report, but received the third-most votes in a recent plebiscite on electoral systems in Prince Edward Island.

Mr. Graham, who holds one degree in physics and political science and another in mathematics, said an electoral system is an algorithm and B.C.’s current system uses one as well. He said he has done DMP simulations for several federal and provincial elections and is not concerned about unforeseen effects.

“It’s not overly difficult to make sure you cover all of the bases,” he said.

Maxwell Cameron, a political science professor at the University of British Columbia, said in an interview that it could be relatively easy to amalgamate existing districts under DMP, and the ballot would undergo little change.

However, he said the allocation of the second seats could also mean the runner-up in a race does not get a place in the legislature. Mr. Eby’s report raised the same point.

Mr. Cameron also noted the complexity of rural-urban PR. Still, he said he would like to see any of the proportional representation systems adopted in B.C. over first-past-the-post. 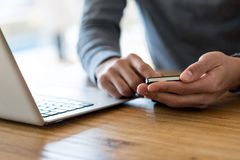 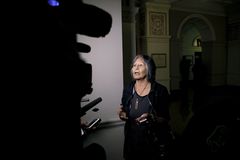