British Columbia’s public auto insurer will transition to what’s known as a no-fault insurance model, virtually eliminating litigation as well as pain and suffering payments, while promising lower premiums and better coverage for those injured in a vehicle accident.

“It almost sounds too good to be true," Premier John Horgan said as he introduced the single largest overhaul of the Insurance Corporation of B.C. (ICBC) since it was created in 1973. He said the new model will make mandatory auto insurance more affordable, while ensuring claimants get the medical treatment and support they need when they are hurt.

Starting May 1, 2021, ICBC will move to a “care-based” system. Claimants will have to deal directly with ICBC, cutting lawyers and legal costs from the system, although certain cases involving dangerous drivers could still end up in court. Cash payouts to those who have suffered injuries in an auto accident will be mostly eliminated.

Together, those changes are expected to save $2.8-billion annually. Roughly half of those savings will be used to reduce rates and the rest will be spent on increased care benefits.

On average, auto insurance rates will decline by $400 a year when the changes are introduced – the same year Mr. Horgan’s NDP government will face a provincial election. At the same time, benefits will increase significantly: The maximum medical care and recovery benefits will increase from $300,000 to at least $7.5-million dollars, while wage replacement benefits will increase to as much as $1,200 a week – a level 60 per cent higher than the current cap. Instead of lump-sum settlements, those who are injured will be entitled to benefits as long as they require assistance, and doctors will determine what treatment is required.

Mr. Horgan acknowledged that public trust in the Crown corporation is at an all-time low. Last week, his government announced new accountability measures, including a revamped “fairness office” so that disagreements can be resolved without going to court. In addition, a new law will require ICBC to ensure every person who makes a claim receives all the care and benefits to which they are entitled.

“Over time, the public will look back and say this was a pivotal moment in the history of a public auto insurance company that had lost its way," Mr. Horgan told reporters at a news conference in Victoria.

“British Columbians are sacrificing their legal right to be made whole when they are injured because of someone else’s recklessness,” John Rice, president of the Trial Lawyers Association of B.C., said in an interview. “What do we get back? We get a promise of reduced rates – and the jury will be out on whether this newest scheme will actually lead to more affordability.”

Mr. Rice said the government is blaming lawyers for ICBC’s financial troubles, rather than fixing the adversarial culture at the Crown corporation that increasingly drives claimants to hire a lawyer.

Attorney-General David Eby said he anticipates a legal challenge from the Trial Lawyers – and he expects the changes will be upheld in court, as they have in other provinces that have already made these changes.

“There’s no question in my mind that the consequences and outcomes for people injured in car crashes have become secondary to the litigation process in our current system,” he said. “ICBC is not blameless in this situation. But we need an insurance system that puts the recovery of those injured at the forefront.”

The new system is modelled on the auto insurance programs in Manitoba and Saskatchewan. Although those programs are known as no-fault, the B.C. government insisted it is not actually a no-fault system, because those who cause accidents will still face consequences.

Werner Antweiler of the University of British Columbia’s Sauder School of Business, said the change is long overdue.

"I’m wondering what took them so long,” he said. “The system is broken.” He said the rising cost of litigation is driving up costs at an unsustainable rate, while those provinces with no-fault insurance have been able to keep a lid on rates.

The NDP took office in 2017 and discovered ICBC was heading toward a $1-billion deficit. Mr. Eby has announced a series of changes, including a cap on payouts for what ICBC terms minor injuries, but he said on Thursday those initiatives have not achieved the savings needed to reduce rates.

Since 2011, ICBC rates have climbed by 43 per cent. And although rates are expected to be frozen this year, the Crown corporation was forecasting the need for a rate hike in 2022 of more than 6 per cent to meet costs. 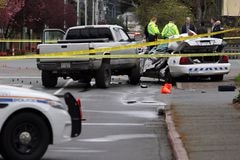 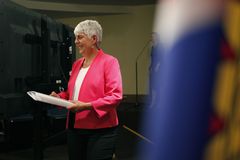