British Columbia residents won’t learn the results of next Saturday’s snap election for at least two weeks after polls close thanks to the need to count hundreds of thousands of mail-in ballots by hand.

Officials with Elections BC said more than 700,000 votes have been cast by mail-in ballot, which must be tabulated manually due the timing of the Oct. 24 election. The results that would generally be available hours after the polls close, they added, will be postponed for weeks while the votes are counted.

The set-up may have been different had the election taken place a year from now as scheduled, but NDP Leader John Horgan announced the surprise campaign, citing the need for political stability during the COVID-19 pandemic.

Legislative changes recommended by the province’s chief electoral officer and passed in 2019 are expected to kick in next year, allowing a large number of ballots to be processed quickly and centrally by “tabulators,” which have been used in provincial referendums.

Instead, Elections BC spokesman Andrew Watson said employees in 87 electoral districts will count mail-in ballots one by one. Current legislation means the counting can’t start until 13 days after the election, he added.

“Those time periods could take longer, given the really unprecedented and historic volume of mail-in ballots,” Watson said.

Extra time is needed to ensure ballots mailed to Elections BC from anywhere in the province can be shipped for counting to district offices where voters live, he said.

Each ballot must be screened to ensure the person was registered and eligible to vote and has not voted more than once. Two more days will be needed to count the ballots, Watson said.

He said the province with 3.4 million registered voters has received more than 700,000 requests for mail-in ballots as of early this weekend, compared to roughly 6,500 such requests during the 2017 campaign.

Next year’s legislative changes will also include a modernized network that would record ballots cast at polling stations in real time. Names will no longer be crossed off a paper list, and the information will be immediately accessible to Elections BC, Watson said.

Watson said the system being adopted in B.C., is already available to some degree in at least two provinces, including Ontario and New Brunswick.

“Ballots would be fed into the tabulators throughout the day and then at the end of the night it would just be a matter of calculating the results and reporting them to the head office based on what the tabulated report reads,” he said, adding the same technology would be used for absentee and mail-in ballots.

As for British Columbia’s election on Saturday, Watson said Elections BC will hire more staff to count mail-in ballots in districts where a high number of residents requested them.

In Saskatchewan, where election day is Oct. 26, nearly 63,000 vote-by mail applications were received as of last Thursday, Elections Saskatchewan said of the province with 817,000 registered voters.

The ballots will be counted at the election administrator’s office in Regina rather than the province’s 61 returning districts, starting two days after the election. But the final result of the vote will not be known until Nov. 7.

There were no such snags when New Brunswick residents went to the polls last month.

Paul Harpell, a spokesman for Elections New Brunswick, said about 13,000 residents among 547,000 registered voters had asked for mail-in ballots for the Sept. 14 election in the province where 100 people typically vote by mail.

Harpell said tabulators processed the ballots the day before the election, and more ballots, including those brought in by voters by 8 p.m. on election day, were handled by the machines by 11 p.m. that evening, a couple of hours after the Progressive Conservatives were re-elected.

But he described the situation as less than ideal, noting the ballots were processed in 49 returning districts with the help of harried staff handling an unprecedented number of mail-in ballots.

“I still think we want to centralize it because we know that the returning districts weren’t built to handle that degree of mail,” Harpell said, adding that will be especially important if the pandemic-related push to cast ballots by mail will prompt more people to vote the same way in future elections. 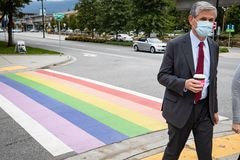 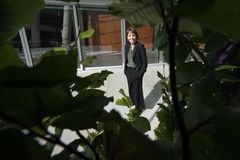 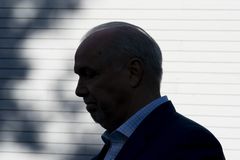