Canada’s big-city mayors want federal parties to overhaul the term “affordable” when it comes to housing costs. The definition should include the cost of commuting from cheaper suburbs into urban centres where most of the jobs are, the mayors say.

Currently, those commuting costs are not included. But the Federation of Canadian Municipalities (FCM) says once the thousands of dollars a year spent by Canadians to get to and from faraway communities is factored in, some of those communities are not as affordable as the basic cost of buying or renting might suggest.

“In Canada, we do not have a regular, rigorous survey that captures this combined metric,” the federation says in a position paper issued today.

The paper notes that jurisdictions outside Canada that count both of those expenses have set 45 per cent of total household income as an affordability “benchmark.”

But one precedent-setting 2015 study of those costs done by the regional Metro Vancouver government found that renters households with $50,000 or less in income were spending 67 per cent of that amount on just housing and transportation.

“The [federal government’s] national housing strategy is a great road map. But there are a few gaps that have been raised. We’re calling on government to not only maintain the funding, but to address the gaps,” said FCM president Bill Karsten, a Halifax councillor.

The federation’s recommendations for filling those gaps would compel the federal government to spend an extra $800-million a year on top of current spending. The initiatives the mayors want include an additional $365-million a year to build 2,300 new supportive housing units, $250-million a year in tax breaks for landlords to renovate older apartment buildings, $162.5-million more a year to build housing for Indigenous people and $30-million a year for seniors to adapt their houses so they can continue living at home.

As well, the paper calls for more federal land to be freed up for subsidized or moderate-income housing and for a new, dedicated three-level government group to be formed to tackle housing issues.

The paper notes that a huge proportion of Canada’s purpose-built apartments are old and are in need of renovation: 76 per cent of all the rental units in Canada are more than 35 years old.

In high-demand cities such as Vancouver and Toronto, landlords are clamouring to be able to tear down those apartments and rebuild them or are finding ways to evict tenants to do cosmetic renovations and charge higher rents.

The federation is suggesting that landlords get a tax credit for 75 per cent of renovation costs, as long as they stick to rent-increase caps for 20 years.

The Liberal government elected in 2015 has focused during its campaign and time in office on the need for more housing support in Canada. It developed a National Housing Strategy that has put some money into new programs. But critics complain the federal government has not increased overall spending much from historical averages.

A Parliamentary Budget Office report in June noted that the government’s housing agency, Canada Mortgage and Housing Corp., “plans to spend an average of $2.8-billion/year on assisted housing programs over the 10-year term of the strategy."

The report emphasized that this was not a significant boost in spending, but simply a maintenance of existing spending levels that had been set to decline under previous Conservative government plans. 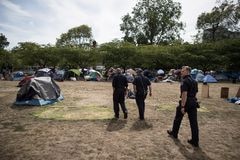 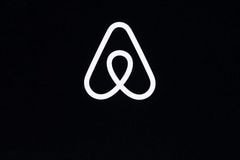 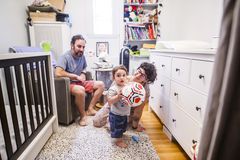