Maryam Savory traces a finger across her tablet, sending a glowing, robotic ball scrambling between metal chair legs and across the classroom floor. Around her, about 20 other girls do the same, controlling the spheres’ speed, lights and path with a few swipes on a screen, bursting into giggles when their robots collide.

It’s a professional development day for teachers in British Columbia and the girls, ages 11 to 14, have chosen to spend their day off participating in a coding and app-development workshop being held at a high school in Richmond, B.C.

The two-day workshop is organized by Hackergal, a not-for-profit organization that aims to introduce young girls to coding. According to Women in Communications and Technology, an industry group, women accounted for only 25 per cent of people employed in Canadian information and communications technology jobs last year – a figure that has remained relatively static since 2011.

Hackergal founders Lucy Ho and Ray Sharma hope that sparking an interest early on might lead girls to consider computer science when it comes time to choose their high school electives, putting them on a pathway to employment in a tech industry long dominated by men.

Ms. Ho said the two started the company in 2015, when they were working in venture capital together, after observing the gender imbalance firsthand.

“We were able to see the landscape of all these startup companies building great ideas, but there was a lack of female presence among the co-founders, the [chief technology officers] and the developers on the floor,” Ms. Ho said. “We thought, ‘How can we empower more girls to get into computer science?’”

Hackergal launched as a pilot project at a private school in Toronto and gradually spread to various Ontario public schools. Ms. Ho is now reaching out to educators and school boards across the country in efforts to bring the program into their classrooms, where interested girls can learn code after school or on their lunch breaks.

The program is free for students and paid for through fundraising and private donations. The courses culminate with a nationwide “hackathon,” where girls across the country are put into teams of two or three to create an interactive project whose theme is revealed that day. Last year, close to 3,000 girls from 90 schools across Canada created animated stories on the theme of winter. This year’s hackathon takes place on Dec. 12.

In the Richmond classroom, instructor Gursharan Bajwa – Bob, to the girls – opens the workshop by likening coding to a language we use to communicate with technology. Examples of these programming languages include Swift, Python, HTML, JavaScript and Scratch, he tells them.

“Without you telling it, technology doesn’t do anything,” Mr. Bajwa says. “You tell the computer what to do.”

Over two days, Mr. Bajwa uses colourful, gamelike modules to teach the girls the basics of coding. A command, for example, is a directive to a computer; a procedure, a sequence of steps that repeats. To debug is to identify and remove programming errors, he explains.

The girls practice their new skills by writing a series of commands to help a bot navigate progressively challenging mazes, with each level part lesson, part problem-solving game. The Sphero robotic balls teach coding instructions given in prewritten blocks, which the students can then drag and drop into coding they create themselves.

Ms. Ho, who now travels the country promoting Hackergal, walks from desk to desk, offering words of encouragement and assistance when needed.

Maryam, 11, says she participated in the workshop because she wants to learn more about computers and technology. “My brother knows a lot about it and he never really likes to help me,” she said. “And I thought it would be fun because a lot of my friends are here.”

Rayaan Jaffer, also 11, said her father works with computers, and that always seemed appealing to her. “I think it’s really fun and interesting, and I’m with a lot of my friends,” she said.

In British Columbia, girls made up 36 per cent of secondary-school students enrolled in information and communications technology courses in the past three years, according to the Ministry of Education. That figure remains about the same (37 per cent) in the postsecondary system, despite women accounting for 53 per cent of all students. In the work force, it drops to an estimated 25 per cent.

Meanwhile, B.C.’s tech sector is one of its fastest growing, employing more people than the province’s oil and gas, mining and forestry sectors combined. The average weekly salary in tech is about $1,590 – 75 per cent higher than the average wage in B.C. – and there are expected to be 83,400 tech-related job openings by 2027.

Matthew Arduini is curriculum head for mathematical and computer science at Clarkson Secondary School in Mississauga. This will be the school’s second year partnering with a local feeder school – Hillside Middle School – to host the Hackergal hackathon.

“It was really interesting to stand in front of basically 80 females and introduce [the hackathon],” Mr. Arduini said of last year’s event. “In computer science in the past, I have taught all guys before, but never all girls. It was awesome.”

Google Canada manager says she shares ‘frustration’ of workers who walked out
November 6, 2018 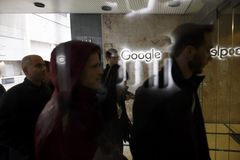 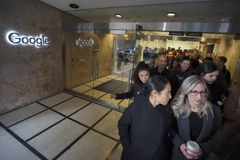 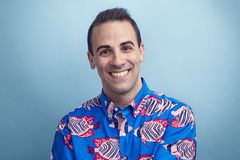