A British Columbia mother in her late 30s says there was “no support in sight” after she suffered two serious blows to the head at the hands of different partners more than a decade ago.

“I was exhausted. I had to quit my job because I couldn’t get up,” said the woman, whose name is not being used because she is separated from her child’s father and fears for her family’s safety.

“My head hurt so badly. I wasn’t able to focus. I felt really down on myself because I didn’t know why I couldn’t function properly.”

The mother said it would have been “life changing” if first responders, hospital staff and even family members had been aware of the effects of a potential brain injury from domestic violence and offered her support accordingly.

“I had no understanding that my brain was not working properly,” she said, adding that she did not have trouble focusing, managing her time or multi-tasking before the first violent incident.

“It’s been hell to figure it out on my own.”

She said learning about the effects of a brain injury helped her overcome the shame she felt after the two blows, which happened several years apart when she was in her 20s.

She sets timers and reminders on her phone to help structure her days and she keeps notes handy with ideas for meals and ingredients that sometimes elude her. She has also become certified in yoga and mindfulness, activities she said help her cope with the chronic effects of multiple concussions.

The B.C. mother is a member of an advisory committee for Supporting Survivors of Abuse and Brain Injury through Research, or SOAR. The organization was founded in 2016 by Karen Mason, the former executive director of the Kelowna Women’s Shelter, and her partner Paul van Donkelaar, a professor in the school of health and exercise sciences at the University of British Columbia’s Okanagan campus.

Compared with brain injury research being done on athletes, the research involving people who have suffered similar injuries from intimate partner violence is in its infancy, said van Donkelaar.

The silence and stigma shrouding domestic violence mean those who suffer brain injuries are falling through the cracks of what van Donkelaar calls “an unrecognized public-health crisis in Canada.”

Of nearly 96,000 victims of intimate partner violence reported to police in Canada in 2017, 79 per cent were women, according to Statistics Canada.

But spousal and domestic violence is often not reported to police and it’s hard to determine how many survivors might have experienced traumatic brain injury as a result, said van Donkelaar.

Based on research from the U.S., including a study by the Centers for Disease Control and Prevention, he said the prevalence of brain injuries could be anywhere from 30 to more than 90 per cent of all survivors.

The SOAR team is assessing women to determine how many may have sustained traumatic brain injuries and the extent to which their symptoms overlap with sports-related concussions.

The researchers use lab-based tests as well as a questionnaire that includes questions like ‘Did you see stars?’ and ‘Did you lose consciousness or have a period where you couldn’t remember things?’

The first results, published recently in the journal Brain Injury, show all 18 women initially recruited through the Kelowna Women’s Shelter reported symptoms consistent with traumatic brain injury. The research is ongoing and van Donkelaar said his team has now assessed about 60 women.

“Each of those experiences absolutely have the potential to cause some form of brain injury, similar to what you would see in many collision sports like football or hockey,” he said.

The B.C. mother said her former partner was strangling her when her head smashed against a bedside table as she tried to fight back.

When family members brought her to the hospital, staff seemed “frustrated” that she didn’t remember exactly what happened and she had difficulty speaking coherently, she said. They stitched up the gash in her head, told her she may have a concussion and advised her to rest at home.

The woman did not return to that abusive relationship, but several years later she sustained another serious blow to the head when a different partner threw her out of a moving car.

She doesn’t remember how she got to the hospital, but she had a similar experience with staff at the hospital, where her then-partner urged her not to disclose what happened.

“I remember trying to ask for help and I feel like they treated me like I was intoxicated because I could not speak.”

They gave her an MRI, said she had a concussion, encouraged her to avoid watching television or otherwise straining her eyes and told her she should be fine within a couple of weeks.

In addition to assessments of the cause of the injury and the resulting symptoms, the best predictor of sustaining a concussion is having had one previously, said van Donkelaar.

“Each time, you will be less likely to recover fully,” he said, noting that people who have suffered multiple concussions may end up with chronic symptoms such as dizziness, nausea or difficulty concentrating.

“That can be debilitating and absolutely reduce the quality of life in terms of the ability to hold down a job or go to school or parent your children or interact with colleagues and friends.”

The fear and stigmas that make it difficult for survivors to disclose domestic violence mean that brain injury becomes even more invisible, particularly if there’s a more visible injury, like a broken bone, van Donkelaar said.

In response, SOAR is developing resources to help shelter workers and health-care professionals have conversations with survivors of domestic violence to assess whether they might have a brain injury and refer them to the appropriate support services.

This past summer, the Department of Women and Gender Equality gave $1 million over five years to van Donkelaar and Mason’s work, funding they hope to use to provide training for shelter workers in communities across B.C. next year.

The B.C. mother said she still struggles some days but the knowledge, tools and support she has mean she no longer feels guilty or ashamed.

“I was so upset about why I didn’t feel like myself,” she said. 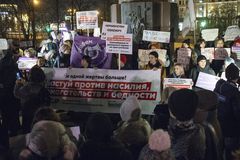 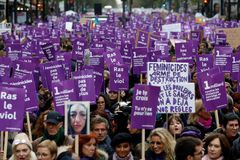 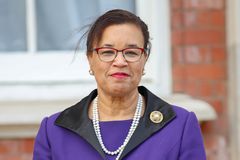