The language of the W̱SANEC people, once nearly extinct, was recorded in the B.C. Legislature on Monday when Green MLA Adam Olsen thanked the NDP government for a $50-million budget commitment to Indigenous language funding.

Mr. Olsen lauded the government’s “transformative” investment as “the most substantial step taken so far in our long journey of reconciliation,” but he avoided any direct reference to contentious remarks made by Liberal MLA Mike Morris, who has said the money would be better spent on policing in Indigenous communities.

Mr. Morris, the MLA for Prince George-Mackenzie, told the legislature that Indigenous languages are important, but questioned why that funding was a higher priority than paying for more police resources in Indigenous communities. “Here we have people suffering every day from alcohol abuse and domestic violence and sexual abuse, and preserving languages is a higher priority than putting that money into extra policing resources. From a risk management perspective, I think that this really needs to be re-examined.”

Mr. Olsen, one of a record number of Indigenous MLAs elected to the B.C. Legislature in 2017, said in an interview Monday he wanted to highlight the importance of the funding as a counterpoint to the views expressed by Mr. Morris, a former solicitor-general of B.C.

In the house, Mr. Olsen said more policing is not the solution to overrepresentation of Indigenous people in Canada’s prisons. “We don’t need more police or a forceful approach to address the deep-seated social ills that have come from our trauma of being displaced from our homes; taken from our parents and grandparents; stripped of our language, our identity; and becoming a foreigner in our own home.”

British Columbia is home to 60 per cent of First Nations’ languages in Canada, with 30 unique languages − and 22 of those are believed to be nearly extinct.

Mr. Olsen, the MLA for Saanich and the Islands, is believed to be the first MLA to speak SENCOTEN in the house, providing a challenge to those responsible for the official transcripts of the legislature. Hansard Services initially struggled with Mr. Olsen’s words but with the help of an online Indigenous dictionary and some coaching from Mr. Olsen, the final version will include his full remarks.

Mr. Olsen is not fluent in SENCOTEN, however, and his daily instruction comes from his young daughter, who attended an immersion preschool in Saanich. He said he is inspired by his daughter and her fellow students who are able to to learn the language in school and absorb his traditional culture in a way that was not easy for his generation.

“Our youth are coming alive, reconnecting with their ancestors and their history, their territory and culture, through language,” he said.

“Where Mike Morris is coming from is what every Aboriginal leader has been talking about for the last five to 10 years: We need more policing,” he said in an interview.

Mr. Ross, the MLA for Skeena, questioned whether more funding for Indigenous languages will make a difference for communities such as the Haisla on B.C.’s north coast.

“When I was a chief councillor, nobody came to my office begging for more money for language programs. Everybody who came to me was crying and complaining about social issues.”

He noted there has already been significant funds provided by the provincial and federal governments for Indigenous language preservation.

“Money is not the issue here,” he said. Mr. Ross said he pushed for language revival when he was heading the Haisla government and that effort was a failure. “Every time there is a new program brought in, there is genuine interest out of the gate, then after a week or two, that interest falls off.” 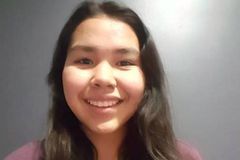