Forcing developers to make preconstruction condo units available to all potential buyers at the same time and the same price is something B.C.’s Finance Minister says she is open to trying in order to help make real estate more affordable in and around Vancouver.

It’s part of a broader promise by the B.C. government to address soaring real estate prices in the Vancouver area.

“We are open to looking at options that are necessary to make our housing market more affordable. We are not closing any door,” Carole James said in an interview.

“If there are further steps we need to take we will be moving on them because this is a critical situation for people who live and work in our province.”

Ms. James’s reaction comes after a Globe and Mail investigation found select realtors and speculators who buy multiple condos have preferential first access to the most sought-after units in Vancouver, through private deals with developers.

The probe also discovered a significant number of industry insiders − particularly realtors − are buying then flipping condos themselves, for six-figure profit, further squeezing tight supply and driving up prices for ordinary buyers.

The B.C. Real Estate Association, a trade group for roughly 23,000 agents in the province, issued a statement on Monday saying it supports efforts to track presale information, increase transparency and enforce higher penalties against unethical realtors. The association, which guards access to the lucrative MLS system, did not say whether it wants the whole presale market opened up to everyday buyers.

Opinion: You may have to work until 70 to afford a house: Mortgage rates are heading higher

That insider’s game has flourished in recent years, because of the sustained hot condo market in both Vancouver and Toronto.

The Globe pieced together available data on who bought and sold in six new Vancouver-area developments, half completed and half still under construction.

In the three finished projects – where postconstruction sales figures are available – at least 32 per cent of 173 condos flipped at or near completion were resold by buyers who were also real estate agents, along with other speculators with inside access who had bought in early.

Most of the units were flipped without the speculators ever living in them or renting them out. On average, those players each reaped a gross profit of $145,359. Their collective windfall was $10.6-million.

“We do really face a crisis and the work [The Globe is] doing points that out once again,” Ms. James said.

Several additional resales by insiders couldn’t be added up, because they were done through contract assignment, also known as “shadow flipping.” Assignment deals such as that – where an initial buyer sells their contract to another buyer preconstruction – aren’t registered as sales with the land-titles registry.

Only the developers know how much money changes hands and they almost always take a cut of those flips. The Canada Revenue Agency (CRA) has expressed concerns that speculators who profit from those deals aren’t reporting the income on their taxes.

That prompted the B.C. government to table new legislation, which will require developers to report all preconstruction sales to provincial and federal authorities.

John Pasalis, president of Realosophy real estate brokerage, said developers in Toronto are also selling a large percentage of their condos to realtors and other insiders – who then flip them before they are built – but only because the existing tax rules allow it.

“If you’re running a business and you have a client who keeps coming back to you and buys a lot of product you’re going to incent them,” he said. “To me, the bigger thing is why provincially and federally is our tax system set up to incent speculators to just flip on these properties?”

Several realtors who don’t have preferential access to new condos told The Globe they would like access to presale data, so they can tell clients what’s been bought and sold and for how much. They also want developers to be compelled to give the public equal access to all units.

The Urban Development Institute speaks for several Vancouver-area developers and said it is “largely supportive” of the government’s move to collect data for taxation. Its president said she is also open to the idea of ending exclusive access for particular realtors.

“Anything is open to discussion,” Anne McMullin said. “It would probably have to be between the realtors and the industry. There are all sorts of things you would have to look into.” 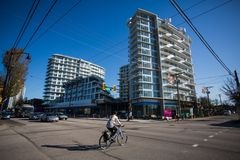 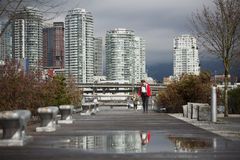 Inside the unregulated world of paper flipping in Canada
Subscriber content
November 3, 2017 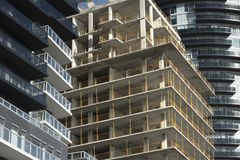