The B.C. government introduced legislation on Monday to curb skyrocketing payments for minor injury claims by capping settlements and limiting when accident victims can sue.

The province is the last in Canada to abandon a system in which victims can sue for any type of injury − known as a full tort system − a move it was forced to make to contain staggering losses at the Crown-owned Insurance Corporation of B.C.

Starting next April, settlements for pain and suffering claims for minor injuries will be capped at $5,500.

The definition of a minor injury will be set by cabinet at a later date. Mr. Eby said that will allow the government to respond if lawyers find loopholes to exploit.

“We know from other jurisdictions that lawyers will try to get around the definition of minor injury, to try to get people into the B.C. Supreme Court system,” he said.

Although the cabinet will determine what constitutes a minor injury, Mr. Eby said the proposed law sets out the framework.

Under the new model, a resolutions tribunal is expected to resolve small injury claims within 90 days.

The NDP previously rejected no-fault insurance – a model that has reduced auto insurance costs in other provinces – as a remedy for rising cost pressures.

To blunt consumer anger over the changes, the cap is being rolled out at the same time that ICBC is boosting benefits for lost pay and medical rehabilitation for all people injured in accidents − the first major improvements in auto accident benefits in more than 25 years.

ICBC is on track to post a $1.3-billion deficit in the fiscal year that ended in March. The changes, which will not take effect until April of 2019, are expected to reduce costs by $1-billion, even after accounting for the higher costs of benefits.

Mr. Eby said the amount of savings will depend in part on whether tougher enforcement on dangerous driving can slow the rate of accidents. As well, he said, the response of lawyers will be a factor.

Mr. Eby acknowledged that lawyers involved in ICBC claims may be unhappy.

The province is also working on changes to auto insurance premiums to ensure that bad drivers − those who gather speeding tickets or distracted driving penalties − pay higher rates. Mr. Eby said the goal is to get the Crown corporation out of deficit without significant rate hikes for good drivers.

“It is a shift and we recognize there will be unhappiness on the part of many lawyers who engage in personal injury practice,” he said. “This is a necessary shift. ICBC is in financial crisis, and we are making the changes so that ICBC can provide affordable insurance for British Columbians.”

ICBC, which has a monopoly on basic auto insurance, spends almost one-quarter of its budget on legal fees and related expenses.

“Today’s proposed legislative amendments represent one of the most significant attacks on the legal rights of British Columbians in our province’s history,” he said in an interview. “It makes victims pay for reckless and distracted drivers.”

The government says the list of minor injuries will cover a broad range, including “abrasions, contusions, lacerations, sprains and strains, pain syndrome, psychological and psychiatric conditions or an injury in a prescribed class of injury, even if chronic.”

Mr. Rice said that list is broader than outlined in February when the government announced the planned changes. “Make no mistake, this is a form of no-fault insurance.” 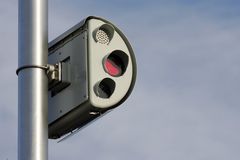 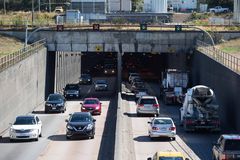