The detention of a top Huawei executive in Canada has derailed British Columbia’s trade mission to China.

The delegation led by B.C. Forestry Minister Doug Donaldson will no longer be stopping in China, and will instead end its trip after a visit to Japan.

The decision follows the arrest of Meng Wanzhou, Huawei’s chief financial officer, who was detained while changing flights last week in Vancouver.

“The Province of British Columbia has suspended the China leg of its Asian forestry trade mission due to the international judicial process under way relating to a senior official at Huawei Technologies Co., Ltd.,” the province said in a statement, adding that British Columbia values its strong trade relationship with China.

“It is anticipated that Minister Donaldson will work to reschedule events planned for the Chinese portion of this mission at the earliest convenient moment.”

Stefano Maron, a spokesman for Global Affairs Canada, said in an e-mail the decision was made at the provincial level and deferred comments to the B.C. government.

The United States is seeking to have Meng extradited on allegations that she tried to evade American trade sanctions on Iran. A bail hearing began in Vancouver on Friday, and Meng is spending the weekend in jail before it continues next week.

The Chinese government has warned Canada that if Meng is not released, the country will face “grave consequences.”

Huawei is the biggest global supplier of network gear for phone and internet companies and has been the target of deepening U.S. security concerns over its ties to the Chinese government. The U.S. has pressured European countries and other allies to limit use of its technology, warning they could be opening themselves up to surveillance and theft of information.

Le told McCallum that Meng’s detention at the request of the United States was a “severe violation” of her “legitimate rights and interests.”

“Such a move ignores the law and is unreasonable, unconscionable, and vile in nature,” Le said in the statement.

Le called the United States to “immediately correct its wrong actions” and said it would take further steps based on Washington’s response.

Canada could be concerned about retaliatory action that could range from the arrests of Canadians in China to the stonewalling of trade negotiations with British Columbia, he said.

Even if British Columbia had nothing to do with Meng’s arrest, the appearance of B.C. officials in China would be taken “very, very negatively,” he said.

“This is just standard practice in diplomacy where you don’t smack the face of your host before you go there,” he said in a phone interview from Japan.

It’s unlikely that any trade deals would have been signed under the circumstances, since it could appear to Chinese citizens that the Chinese government was rewarding Canada for the arrest, he said.

While Canada is under pressure to co-operate with the United States, he said China has an interest in maintaining positive relations with Canada to balance its tense trade relationship with the U.S.

“On the Chinese side, they don’t want to alienate potential partners who could take some pressure off from the United States during this trade war. So it’s a very delicate balancing act for both sides,” he said. 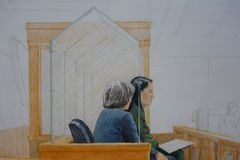 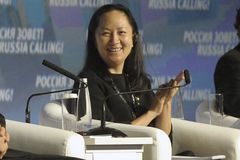 Meng Wanzhou: From high-school dropout to CFO and deputy chair at Huawei
December 6, 2018