People will continue to get sick and some will end up in intensive care when British Columbia relaxes its pandemic response, but the health care system can handle the cautious restart to business and social activity, the Provincial Health Officer says.

“This is, I believe, the end of our beginning of this pandemic,” Dr. Henry said at a news conference on Monday afternoon. “We do not yet know what’s going to happen, but we know that we have some room to increase our social connections, to increase our work, to increase our school and daycare and child care."

Dr. Henry said current rules have brought society down to about 30 per cent of its normal day-to-day interactions. If that level of interaction is doubled, the rates of critical care cases related to the novel coronavirus are likely to stay manageable, according to the estimates released on Monday.

If society returned to the way things were last December, the number of critical cases would balloon and overwhelm the health care sector, the modelling shows.

“The more potential for transmission between people means that the virus will be able to increase exponentially and we might be in a situation that we’ve seen in other places around the world where we have a rapidly increasing outbreak, rapidly increased number of people who need hospitalization,” Dr. Henry said.

Canada’s westernmost province is flattening the curve of new cases and, although physical distancing rules that keep people at least two metres apart are likely to stay, B.C. can loosen some restrictions this summer, Dr. Henry said.

She would not say what this increase in social activity could mean for people and businesses, but she hinted at details that are expected to be announced on Wednesday afternoon. She said sports such as little-league baseball can go ahead, but will look very different. As well, public gatherings will likely be restricted to fewer than 50 people.

“So, if you’re somebody who’s planning a wedding or an event this summer, for example, these are the things that we’ll have to think about,” Dr. Henry said. “Smaller is better. Outside is safer than inside.

“This is going to be a unique summer for all of us.”

She said the most effective tool in preventing the spread of the disease is maintaining distance from others.

“Physical distancing has made a difference, has allowed us to put the brakes on COVID-19, but we haven’t been able to stop the car,” Dr. Henry said. “Until we have a vaccine, we know it’s going to be here in some way, and our job, our role, our goal in the next month is to make sure that we learn how to live with this virus in a safe way that protects people.”

Dr. Henry said data released on Monday show B.C. has had “a dramatic and sustained decrease in numbers of new cases" despite a few clusters due to outbreaks at poultry plants and long-term care facilities. She added she hopes the province can get to zero new cases this summer with continued diligence in contact tracing and limiting new outbreaks.

B.C. had its first COVID-19 case in January, with imported cases through March, and then community transmission that largely involved outbreaks in nursing homes. On March 18, the NDP government declared a provincial state of emergency.

The province has had 2,224 total cases as of Monday afternoon, and most of the people confirmed infected were between 30 and 60 years old, with women representing just over half of all cases, Dr. Henry said. However, men represent almost two thirds of all infections that ended up in hospital and almost three quarters of the 117 people who have died, the statistics show.

Meanwhile, 44.6 per cent of critical-care beds are occupied, and Mr. Dix said just nine people with COVID-19 were on mechanical ventilators.

“So, you see that we are well within our capacity for mechanical ventilators,” he said.

Opinion
No, Toronto’s problem isn’t ‘too many’ people going outside. It’s too little public space
May 7, 2020 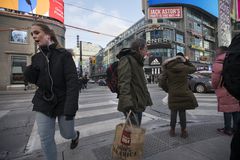 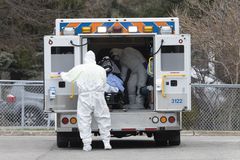 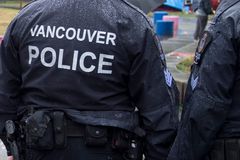