One of British Columbia’s largest cities is looking at having bylaw officers wear body cameras as a means of providing a record of disputed interactions with the public.

Burnaby’s interest comes as B.C. police departments are largely ruling out such equipment, with the Vancouver Police Department, for example, indicating Wednesday that it continues to have concerns about equipping its officers with cameras.

Burnaby has put out a request for proposal to supply body-worn cameras for bylaw officers in the city of about 250,000, just east of Vancouver. This follows a year-long pilot project with the city’s bike patrol a few years ago.

Follow-up was delayed by the COVID-19 pandemic, Dave Critchley, Burnaby’s public safety director, said in an interview on Wednesday.

Mr. Critchley said he expects a council decision this year. However he said he would not equip all bylaw officers with the cameras.

Mayor Mike Hurley said he is enthusiastic about the cameras. “We’re happy to try and roll it out for our bylaw officers when it makes sense,” he said.

B.C.’s Ministry of Public Safety and Solicitor General said municipalities have the authority to make their own decisions on bylaw enforcement.

“It is up to local governments to implement the use of body cameras for bylaw officers providing they follow privacy guidelines and follow enforcement guidelines. Local governments should also seek independent legal advice on these matters,” read a ministry statement on Wednesday.

Mr. Critchley said that during the pilot project officers had the discretion to turn their cameras on and off, and that cameras were helpful in an environment where bylaw officers are often being recorded.

“We want to ensure that when we have a negative interaction, we have the tools, as appropriate to tell the complete story, an accurate story,” he said.

“The body-worn cameras, in the right setting, at the right time, are a tool which would provide us the ability to provide additional, accurate information.”

“From a bylaw officers’ perspective, they just hit [the cameras] when they see there might be some conflict and they start recording,” he said.

“It just ensures than when they behave in an appropriate manner, as they should, the full story is going to get told, not just someone recording from the side and saying, ‘Here’s what we saw.’ We’re getting the whole picture rather than a piece of the picture.”

Mr. Hurley said he is not aware of another municipality using the technology in this manner. Representatives of both Vancouver and Surrey said they are not using body cameras for their bylaw officers.

“While we do not have plans to deploy body-worn cameras at this time, we are continuously reviewing this and other technologies geared toward increasing the safety of our employees and the public for future consideration,” Amber Stowe, a spokesperson for the City of Surrey, said in a statement.

Speaking for the City of Vancouver, Ruth Suurkask said that while cameras are not being considered, there are various measures to ensure the safety of bylaw officers. These include requiring regular check-ins to ensure officers are safe; having access to a panic button; and providing officers with conflict-resolution training and de-escalation strategies.

A spokesman for the Vancouver Police Department said the force researched the use of body-worn cameras as far back as 2012, but the cost of the technology remains prohibitive.

“The main issues continue to be the capital and infrastructure costs necessary to store all the data collected as well as costs for maintenance and equipment. Other issues include privacy considerations for the public, and the fact that cameras provide only a single point of view that doesn’t always show the tonalty of a situation,” Sergeant Steve Addison said in an e-mailed statement.

Still, he said the VPD remains open to further discussion on body-worn cameras.

Corporal Chris Manseau of the E Division of the RCMP said the force’s national headquarters has a supply of 75 cameras to support limited and small-scale deployment of body-worn cameras as requested by divisional operations.

A few of the cameras are in B.C. and used in a “limited capacity” on a case-by-case basis or for planned events; they are not used for regular patrols, he said.

In 2019, British Columbia established standards for how police officers should use body cameras. Solicitor-General Mike Farnworth said there was no specific incident that prompted the ministry’s interest but that the province was mindful of the general debate and moved to develop standards in case police decided to adopt the use of body-worn cameras.

Opinion
Ottawa is spending big on RCMP body cameras – but, inexplicably, not on Indigenous policing in Canada
December 21, 2020 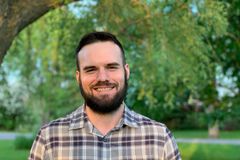 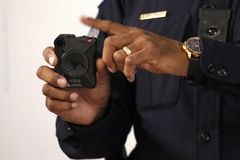 Opinion
Body cameras are not an answer to systemic police violence – they undermine the push for defunding
June 19, 2020 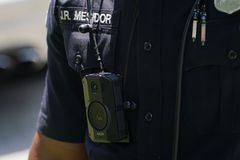