The Vancouver suburb with no downtown is about to get one through one of the largest mall transformations in North America.

Burnaby, the huge city that is about four-fifths the geographic size of neighbouring Vancouver, has been for decades a place with three large malls surrounded by some apartments and no discernible centre.

That’s set to change in the coming years, after Burnaby City Council finalized a plan this week transform Metropolis at Metrotown, one of Canada’s largest and most successful malls, into a completely new kind of city centre.

The idea is to break down the huge site – 18 hectares, or the size of City Place in Toronto – from what it is now, a fortress of a mall surrounded by 8,000 parking spots and one of the busiest SkyTrain stations in the region, into a walkable city centre with public gardens and plazas, new interior streets, thousands of new residents in apartment towers and possibly a new performing arts centre.

It will also mark a new, more assertive approach by Burnaby to demanding city benefits from developers, after decades of taking a timid or hands-off attitude.

Burnaby recently instituted a strong policy on rental apartments that would mean 20 per cent of all the units built on the site would need to be rentals. It also means that the city will be asking the developer to meet sustainability requirements that include energy-efficient buildings, as well as rain gardens and 40-per-cent tree coverage on the now asphalt-dominated site.

Former Burnaby mayor Derek Corrigan, ousted last year by newcomer Mike Hurley, had always said that Burnaby couldn’t ask for the same benefits from developers as Vancouver planners did because it wasn’t in the same position.

Many towers went up around Metrotown and along the Lougheed Highway in the past couple of decades, but there was almost nothing done at the street level to create a neighbourhood feel.

Only with massive new redevelopments at the Brentwood and Lougheed malls in more recent years did the city start making more forceful demands for public space and other amenities.

“We’re taking the lessons we learned from that,” said Mr. Kozak, appointed director by the new mayor in April.

Planners will also look at how to connect the new downtown neighbourhood better with an apartment area just to the south, which is currently cut off from easy access to the mall because of the SkyTrain guideway and road between the two sides. Mr. Kozak said planners are considering whether to severely constrain traffic on that road, Central Boulevard, or maybe even close it.

While there are obvious advantages to the city in redoing Metropolis, it’s a dicier proposition for the mall owner, Ivanhoé Cambridge.

The current redevelopment of a former Ivanhoé Cambridge mall in another part of the region, Oakridge Centre, is demonstrating how awkward it can be to build condos around an existing busy centre. There have been problems with parking jams and at least one long-time retailer was forced out in the first phase of construction.

“We learned our lessons from Oakridge," said Graeme Silvera, the vice-president for development and retail at Ivanhoé Cambridge. "Here, we can phase this in small, bite-sized chunks.”

He said the first phase in the next decade will be in the parking lots facing Kingsway. The redevelopment of the current buildings that form Metropolis will take much longer and will depend on lease arrangements.

But it’s worth doing, he said. Malls need to adapt all the time; they can’t stay still no matter how successful they are.

“Retail is the only asset group that is constantly changing. So we’re taking a single-purpose site and adding diversity. This is what the mall needs to remain relevant.” 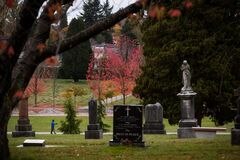 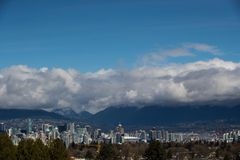 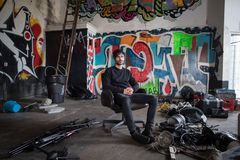