“They don’t come here for the parsley.”

The words of the late Leroy Earl (Bus) Fuller, a restaurant pioneer who changed the way Canadians dine out, hangs in the new IT room at Earls Kitchen + Bar headquarters in Vancouver.

Mr. Fuller, who founded the Earls and Joey restaurant chains and invented the now-widely imitated premium-casual chain-dining concept, wasn’t a penny-pincher. In fact, his family says he was generous to a fault and could often be found slipping hundred-dollar bills to dishwashers.

But he understood the value of the almighty dollar, never forgot his humble origins and didn’t believe that customers should have to pay for frilly garnishes they couldn’t eat.

Mr. Fuller, a larger-than-life character with a grizzled beard, love of saucy limericks and lack of pretension, died last week at the age of 90 in West Vancouver, B.C.

“There are still no garnishes on the plates and that’s a rule,” said his son Stan Fuller, with whom he founded the first Earls, in Edmonton in 1982.

Today, there are 65 Earls and 28 Joey restaurants in Canada and the United States, plus 12 Local restaurants and one Beach House run by a family company controlled by Mr. Fuller’s four sons: Stan, Jeff, Stewart and Clay. The family also controls a majority stake in Cactus Club Café restaurants.

But in 1982, when the first Earls opened with a simple menu of 16 burgers – all made fresh to order (which was rare), craft beers and an exotic outdoor patio, Western Canada was in the midst of a recession. It was an inexpensive, laid-back restaurant where people could go out for a nice meal at prices they could afford.

Leroy Earl Fuller was born on Dec. 20, 1928, in Cincinnati, Ohio. His father, Cecil Earl Fuller, was a hard-rock miner. When he was young, the family lived transiently, moving from camp to camp all over the United States. The younger Fuller got the nickname Bus from his childhood nickname, Buster.

“He came from nothing,” Clay Fuller said. “There is a picture from the time they lived in Kentucky that makes The Beverly Hillbillies look like rock stars.”

The family settled in Sunburst, Mont., where Mr. Fuller graduated from high school and met his future wife, Marilyn. They married just as he was about to head overseas to fight in the Korean War. He was actually marching with his troops toward the transport boat, when he stepped out of line and sneaked back to Montana to tie the knot.

“He spent a couple of days in the can for going AWOL, but I guess it gave him peace of mind,” Clay Fuller said.

Mr. Fuller’s tour of duty was abruptly cut short. About two months after he landed, his unit was hit by mortar fire and a piece of shrapnel ripped through his hand. His life was likely saved by a copper plate on the cover of a military-issue Gideon Bible stuffed in his chest pocket. He spent two years in recovery, was awarded a Purple Heart and held on to that lucky Bible with its twisted plate, but never talked about the experience.

Back in Montana, Mr. Fuller returned to work as a machinist for the Texas Co. In 1954, his wife (who died in 1975) persuaded him to open a drive-in diner called the Green & White. They ran it together for two years, while he continued working at the Texaco refinery.

“That first year we did $32,000 and I made more money at that little restaurant than I did working at the Texas Company 40 hours a week, 51 weeks a year,” Mr. Fuller told a reporter last year, when receiving the Rosanna Caira Lifetime Achievement Award from Foodservice and Hospitality magazine.

The Green & White was located on a stretch of state highway that had been slated for the development of a cloverleaf interchange. The government agency offered to pay the dislocated business owners fairly, but almost everyone held out for a higher offer. Mr. Fuller was the only one who sold. In the end, the project was cancelled.

Mr. Fuller used that money to move the family to Edmonton, where he opened his first A&W franchise. He later bought out the A&W franchisee for Vancouver Island and Vancouver’s Lower Mainland. In 1968, they moved to Vancouver and over the next few years, he grew the A&W chain to 47 locations in Alberta and British Columbia.

During that time, the A&W operators across Canada folded into a public company called Controlled Foods. “Unfortunately, some of the operators were more honest than others about their sales and profitability,” Stan Fuller said. “He lost some equity, but was made president and that’s how Fuller’s [a pioneering all-day coffee concept] and Corkscrew [a steakhouse chain] was created.”

Mr. Fuller’s sons recall him being as tough as he was kind-hearted. “He was fiercely competitive and always wanted to win, whether it was crib, golf or business,” Stewart Fuller said. But he played as hard as he worked. “There was a rule in the office. After it closed down on Friday, if he caught you with a pen, you were fired.”

He valued family time above all else and loved partying with his boys. “Sometimes too much,” Stan Fuller said. But he wouldn’t stand for any nonsense, especially when they were young.

“You could be eating a crap sandwich or a soufflé – maybe both at the same time,” according to Clay Fuller, who inherited his father’s knack for colourful metaphors.

Clay recalls the time when, as a teenager, he disobeyed his father’s orders to stay away from the snowmobile. Mr. Fuller had emptied the gas tank so Clay had to try to siphon some from the car with a garden hose and ended up swallowing a mouthful. Mr. Fuller had no sympathy. Later that day, when Clay tried to bow out of a guitar lesson, he hollered: “You’re going and if you don’t, I’m going to follow you around with a lighter.”

In 2008, Mr. Fuller turned control of the company over to all four sons. He remained chairman, kept an office at the Earls headquarters in downtown Vancouver and often weighed in on important business decisions – sometimes sticking his nose in if he felt the customers were being wronged. A week before he died, he called his boys over to one Vancouver restaurant location, demanding to know why the staff were using the prime parking spots.

“If he started rubbing his finger around the edge of his wine glass, you knew you were about to get a few words of wisdom,” Jeff Fuller recalled.

Most of his time, however, was spent fishing, golfing and travelling. He remained spry and healthy up until the end, hiking and humping up rivers in Argentina and Patagonia.

Six weeks ago, Mr. Fuller was diagnosed with lung cancer. He had just begun treatment and developed a blood clot, which led to hypoxia. He died peacefully in his sleep in West Vancouver on Oct. 5. Mr. Fuller leaves his brother, Jack, four sons, 12 grandchildren and extended family. A private ceremony will be held for close friends and family. 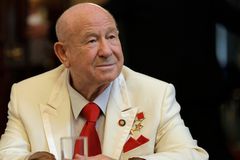 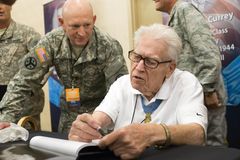 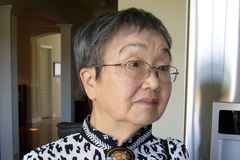