The winds were gusting at 110 kilometres per hour and huge waves were ripping boats from their moorings in Bella Bella, B.C., as a report came in of an overturned vessel with at least one person missing.

Robert Johnson says volunteer members from one of Canada’s first Indigenous-led coast guard auxiliary teams were out on the water at the height of one of the season’s first big storms just days ago, rounding up boats cast adrift and successfully rescuing a fisherman from a remote beach.

“It’s quite interesting up here,” Johnson said in a recent interview from Bella Bella on the province’s central coast.

The 39-year-old member of the Heiltsuk Nation said helping people in distress on the water is something he’s done most of his life, but the opportunity to lead a trained team of volunteers as an auxiliary zone co-ordinator is a chance to help people and bring pride to his community.

The recently operational Coastal Nations Coast Guard Auxiliary has more than 50 members from five Indigenous territories who are trained in marine search and rescue. They are on call day and night to respond to emergencies along some of B.C.’s most rugged and remote coastal areas.

The auxiliary is part of the federal government’s $1.5 billion plan to improve marine safety and protect the environment.

Johnson said the area’s often treacherous waters will be safer with the presence of Indigenous auxiliary members who know the territory intimately and have received Canadian coast guard search and rescue training.

“It’s a real good thing for everybody up and down the coast,” he said.

Conrad Cowan, the auxiliary’s executive director, said he believes the 2015 sinking of a whale-watching vessel near Tofino and the rescue of 21 people by fishermen and others in boats from the nearby Indigenous village of Ahousaht helped provide the genesis for the program. Six passengers died.

In 2006, Indigenous people from the Gitga’at First Nation near Prince Rupert got into their boats in the middle of the night to rescue passengers when the BC Ferries vessel Queen of the North ran aground and sank with 101 people on board, killing two passengers, Cowan said.

He said the Indigenous units will work with the coast guard and Victoria’s Joint Rescue Co-ordination Centre, which dispatches rescue teams, but their advantage is location and knowledge of the areas.

“They are right there to respond,” he said. “That’s the key point. We have people now, crews in community who are well equipped, have the best equipment, the safest of equipment and have the highest level of training appropriate for what they are doing.”

Ahousaht and Nisga’a have received federal grants to provide specialized boats for their units while the other teams will use their members personal vessels, which have been certified by the coast guard as suitable for patrols and rescues.

Ahousaht zone co-ordinator Stephen Keitlah said his community has a marine rescue culture and having the auxiliary unit is a matter of pride.

Keitlah, 24, said the team is still getting used to receiving calls from the coast guard and the Joint Rescue Co-ordination Centre after years of responding to emergencies heard over local radio.

Some Bella Bella residents are also looking to the Indigenous-led auxiliary program as an initiative to build a successful working relationship with the government, Johnson said. 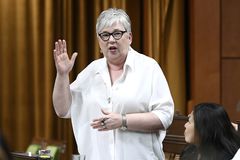 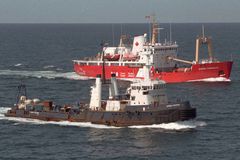 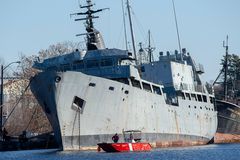