A British Columbia-born author and animation director is working with the NHL on a hockey-themed spinoff of his popular Chinese animated series as the league seeks to make the sport more popular among young people in China.

Trevor Lai, 38, who grew up and attended university in the Vancouver region and now lives in Shanghai, created Super BOOMi, which first aired in China in 2017 and has become one of the most popular animated series in the country. The show follows a tech-loving and adventurous superhero bear BOOMi.

The National Hockey League named BOOMi the family ambassador for the two games played by NHL teams in China in 2018. Mr. Lai and the league partnered again this year to create Super BOOMi Hockey Skills, a special hockey-themed online series whose first episode was released during the recent Stanley Cup finals. Each three-minute episode features BOOMi and his friends exploring hockey and learning how to play like an NHL superstar.

Mr. Lai recently released the third episode with a total of 10 in the works.

The new Super BOOMi series comes as the NHL seeks to expand its reach into China, where there is increasing interest and participation in hockey as Beijing prepares to host the 2022 Winter Olympics; hockey’s reach, however, is still relatively limited in the country.

“I want to encourage the kids to watch hockey and play hockey for fun,” said Mr. Lai, chief executive of China-based Up Studios. “Watch BOOMi, have fun and go play hockey with fun.”

The Chinese government has been trying to develop hockey and other winter sports ahead of the Olympics. Beijing has sent its hockey players to Canada, the United States and other hockey countries to train and gain experiences. Rinks and training programs have also been expanding across China.

According to the International Ice Hockey Federation, in the 2014-15 season, before Beijing was chosen to host the Olympics, the country had 1,225 registered players. By 2017-18, that number had more than doubled, reaching 2,764.

But for a country that has more than 1.3 billion people, those numbers are still very small. Canada, by comparison, had 637,000 registered players in 2017-18.

Mr. Lai, a lifelong hockey player himself, said he hopes the Super BOOMi series can increase those numbers even more.

“I think ice hockey is going to grow in China at a very fast pace and in fact, it’s already growing. It’s a matter of time between now and 2022; there will be a huge tipping point,” he said.

“I want to be at the forefront of that trend, so before it becomes popular, BOOMi is already the expert in hockey for kids.”

Mr. Lai said he plans to eventually release English-language versions of Super BOOMi Hockey Skills and hopes to continue his work with the NHL in China. That will include bringing the BOOMi characters into Chinese schools to promote hockey.

Mark Simon, a Canadian who has been teaching kids hockey in China for more than a decade, said the sport is far from being mainstream in the country.

“They know the Winter Olympics are coming. They know that, but that’s a lot different than knowing what hockey is.”

Mr. Simon said China has plenty of ice rinks, but it lacks experts and good coaches.

“How do you get a kid to fall in love with the sport? That’s an art,” he said. "That takes a lot of skill and experience. And that’s just the reality. It’s hard to find that outside the hockey countries.”

Glen Bueckert, who has run hockey camps in China since 2009, agreed that skillful and encouraging coaching techniques are needed for young players.

“The Chinese coaches tend to be on more of a harsh side and they don’t include a lot of fun things. … I see that as a real problem.”

The NHL did not make anyone available for an interview, but in a statement it said the league has been working to increase the sport’s reach in China. That has included staging coaching clinics to help China-based youth coaches and launching a ball hockey program with Beijing’s public school system to teach students the fundamentals of the game. 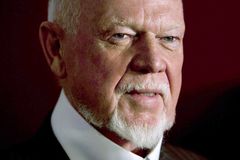 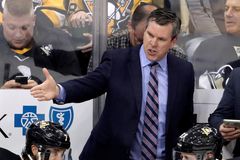 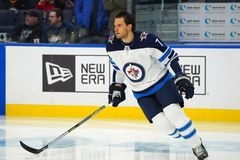