Canadian universities are advising their students on exchange programs in Hong Kong to return home, a result of the escalating violence on college campuses in the city racked by increasingly violent anti-government protests.

Several universities say they contacted their students and are assisting those who want to come home.

This week, the unrest in Hong Kong spread to the city’s major postsecondary institutions, where protesters with gasoline bombs and bows and arrows set up barricades of bricks, while the police fired tear gas and rubber bullets. The clashes have forced the schools, including the Chinese University of Hong Kong and the University of Hong Kong, to end the semester early.

Police fired 1,567 tear-gas canisters, 1,312 rubber bullets and 380 beanbag rounds throughout Hong Kong on Tuesday. A total of 142 people were arrested and 10 required treatment in hospital.

With courses suspended, many foreign students are fleeing Hong Kong and schools in several countries, such as Australia, Ireland and Denmark, have already urged their students to come home.

McGill University, which has 22 students on exchange in Hong Kong, “strongly encourages” all its students to fly back to Canada, the school said in a statement on Friday.

“Given the current situation in Hong Kong, the health and safety of our students is our utmost priority," university spokeswoman Cynthia Lee said by e-mail.

The University of British Columbia has 32 students in Hong Kong. As of Friday morning, the university had contacted all of them to discuss their options.

“Our recommendation to them is that they leave,” said Murali Chandrashekaran, UBC’s vice-provost, international. He noted the university is encouraging any UBC students who remain to be mindful of directives from their host university and monitor the website of the security service company International SOS for updates and guidance on how to stay safe.

Davin Wong, former president of the University of Hong Kong Student’s Union, who now studies at UBC, said he urged international students in Hong Kong to prioritize their safety, but pointed out that some of them want to witness the events.

But Mr. Wong, who fled Hong Kong about two months ago for safety concerns, said the burden of resolving the conflicts lies with the Hong Kong government and the police.

Susan Barker, vice-provost (student experience) at the University of Calgary, said her university not only has recommended its two students in Hong Kong return home, but has offered them assistance with extra costs incurred.

Paul Marck, a spokesman for University of Victoria, said the universities in Hong Kong that suspended all courses are providing alternate teaching arrangements for students to complete their term through electronic education.

In an e-mail exchange with The Globe and Mail, a spokesperson for Global Affairs Canada didn’t comment on whether the ministry has advised universities to recall their students. The statement directed The Globe to its advisory for Canadians in Hong Kong.

The directive warns people to “exercise a high degree of caution.”

“The decision to travel is your choice and you are responsible for your personal safety abroad.”

Mr. Chandrashekaran noted that although UBC works closely with federal agencies in cases such as this, the decision to call the students home was made independently.

Leo Shin, associate professor of history and Asian studies at UBC, said he would echo the Canadian government’s travel advisory that each exchange student is responsible for their own safety.

“The chance of violence escalating is very high, and everyone, exchange student or not, should exercise a high degree of caution when travelling around Hong Kong.” 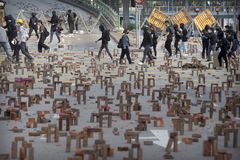 Opinion
Hong Kong is my home, but I fear going back again
November 13, 2019 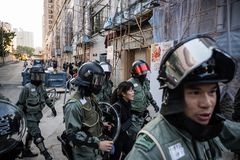