As Hong Kong wrestles with its worst political crisis in years, Andrew Work wants the hundreds of thousands of Canadians living there to know they have a new chance to help elect a government in Ottawa that will represent their interests.

Mr. Work, president of the Canadian Club in Hong Kong, is organizing a voter-registration drive to urge some of the estimated 300,000 Canadians who live in the city to cast their ballots in the coming federal election in Canada. Previously, Canadians who had lived outside Canada for more than five years were barred in theory from voting under legislation from the early 1990s, That law was only loosely enforced. In response to a Harper government’s attempt to enforce that law, however, the Supreme Court ruled this January that all non-residents have the right to vote, no matter how long they have lived elsewhere. The Liberal government also passed legislation last December extending voting rights to all non-resident citizens.

“I am sure for some people, they will very much have [Hong Kong’s political turmoil] on their mind as they would look carefully at Canadian policies towards China and Hong Kong as part of their voting calculation,” Mr. Work said in an interview from Hong Kong.

“Ten years ago, that wasn’t the case. Now that Hong Kong is on the front page of newspapers everyday around the world, including Canada, Canadians of all types will have Canada’s policy on their mind.”

Ghislain Desjardins, a spokesman for Elections Canada, said earlier this week that there are 628 voters in Asia registered on the International Register of Electors in 198 different electoral districts. The agency doesn’t have country-specific numbers.

Hong Kong has been racked by months of protests by demonstrators angry at what they see as the Chinese government’s increasing incursion into the semi-autonomous territory’s affairs.

Barrett Bingley, originally from Victoria, now works as the North Asia sales director for The Economist in Hong Kong. He said the protests are having a devastating effect on the people who work for him.

“I have many staff who I worry about now," he said. "I had staff who had been tear gassed; staff who were not protesting who were tear gassed … We have staff who are experiencing psychological issues. We have to make sure they’re well taken care of.”

When casting his vote in the Canadian election, he said he’ll be considering which political leader is willing to take a strong stand to protect the “one country, two systems” philosophy that China promised when it took possession of the territory from Britain in 1997. The arrangement allows Hong Kong its own laws for 50 years.

The recent weeks’ increasing violence in Hong Kong have made him concerned about his and his family’s safety. He said both Australia and British consulates sent representatives to Hong Kong’s airport, where some of the latest demonstrations took place. He said the Canadian consulate should be doing more to safeguard its citizens.

Instead, Mr. Bingley said he has been watching the Canadian government “say virtually nothing” on the issue except for a “soft statement” made by the Prime Minister Justin Trudeau earlier this week.

On Monday, Mr. Trudeau told the media that the government is “extremely concerned” about the situation in Hong Kong and called on Beijing to be “careful and respectful” in its handling in this crisis.

Mr. Bingley said he prefers the statement issued by Conservative Leader Andrew Scheer, who wrote on Twitter: “As Beijing amasses troops at the Hong Kong border, now is the time for everyone committed to democracy, freedom, human rights, and the rule of law to stand with the people of Hong Kong, including the 300,000 ex-pat Canadians. Now, and in the coming days, we are all Hong Kongers.”

Montreal-born Jean-Christophe Clement has been living in the city for a decade and has participated in the protests. The employee of a finance software vendor, 49, recently registered to vote and said a federal party’s position on what’s happening in the region would “almost entirely set the tone” for his voting decision.

He said he would cast his vote for a politician who is “in support of the protection of rule of law and democracy in Hong Kong.”

Although escalating tensions in the city haven’t affected his daily life much, he said the China’s People’s Armed Police exercising in Shenzhen, on the border with Hong Kong, worries him.

“My concern would be PLA comes in and there’s martial law.”

Paul Evans, professor in the School of Public Policy and Global Affairs at the University of British Columbia, said Mr. Scheer’s invocation of Cold War imagery of Berlin and the rallying cry of democracy, human rights and the rule of law will likely appeal to some.

But from his own experience in Hong Kong, he said people in the region are more realistic about the limited options that the territory has operating in its Chinese context, and the ability for other countries to have an impact.

For some other Canadians in Hong Kong, candidates’ domestic policies will weigh more in their votes.

Nathaniel Chan, who grew up in Toronto, said politicians’ positions on the Hong Kong issue have “no bearing” in his ballot.

“I think when we vote in a national election, it should be mostly about the standard of living for people in Canada or policies that affect all Canadians.”

Mr. Desjardins of Elections Canada said they sent 857 ballot kits to international electors in Asia during the last election, but the agency does not provide data on the number of ballots returned, for security reasons.

The agency conducts outreach through a small digital ad campaign targeting electors abroad, according to Mr. Desjardins, and also places posters at embassies and consulates with information on voting.

“What hasn’t been in Hong Kong so far though is there hasn’t been a campaign by the federal government, by the consulate to get Canadians registered and to explain how to do it,” Mr. Bingley said.

“There needs to be concerted information campaign of how to do this.” 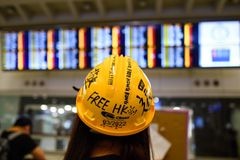 China’s ambassador to Britain says Beijing will not ‘sit on its hands’ if Hong Kong protests intensify
Subscriber content
August 19, 2019 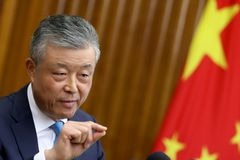 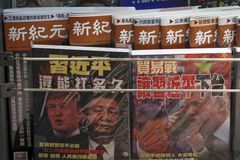