Bullying has always been with us, but it isn’t what it used to be.

Growing up, the tormentors at my elementary school would find their target, surround him and then start pushing him around in a circle. The victim was nearly always terrified, but that’s about as bad as it got before a teacher arrived to break it up and give the culprits a detention. In high school, bullies would knock your books out of your arm and laugh as you scrambled to pick them up, or they’d start some rotten rumour about you just to make your life miserable.

Yes, bullying has been around forever, but it’s frightening and frankly sickening to think of what it has become today.

Now it can end in death. We’ve seen it across this country in recent years, from Rehtaeh Parsons in Nova Scotia to Reena Virk in B.C. Now we’ve seen it again in the Vancouver suburb of Langley, with the death of 14-year-old Carson Crimeni a couple weeks ago of a suspected overdose, the grim prelude of which was videoed by kids on their smartphones. Scenes from the tragedy show the young teen increasingly disoriented and struggling to cope with the effects of the drugs, while the perpetrators howled in delight in the background.

Of course, this being 2019, these monsters had to share the perverse pleasure they were deriving from the moment on social media, for all to see. I’m sure they spent time seeing how many “views” their posts received.

Carson embodied many of the characteristics of the classic bullying victim. He suffered from a hyperactivity disorder that contributed to odd behaviour that made him stand out, and not in a good way. He lacked the normal social skills of someone his age, which left him rejected and isolated. He was often kicked and mocked, and given hurtful nicknames. Those outcomes of bullying are now age-old.

What is different now is where bullying has been taken, largely because of social media. No longer is it good enough to just beat someone up, or give them so many drugs their eyes bulge from their head and they sway in an unsettling trance. You have to film it all for it to be legitimized in the modern sense.

I don’t know precisely what is happening here, but it should scare the hell out of us. There seems to be a gradual loss of humanity taking hold of too many of our kids, one that should be considered a harbinger. This is a story about the dangers of social media being played out in real time. There is a desensitization to abhorrent behavior and I’m not sure entirely what’s responsible for it – video games are constantly blamed, but it’s more than that – we need to be alert to the ultimate consequences if not addressed.

I do know this: Whoever is responsible for what happened that night in Langley needs to be brought to justice. If they are over the age of 18 then they need to bear the consequences of this child’s death as any adult would. And if, perhaps, there is a whole teen culture developing in the neighbourhood where this horrible event took place, then that needs to be rooted out.

I would say that there are parents that need to answer some questions, too, but when does that ever happen? We blame these kids – and, fair enough – but they routinely come from neglected backgrounds, absent of any moral compass. Often, bad parents beget bad kids. And the parents too frequently get a free pass.

This story infuriates me.

You know, you follow it on social media and you hear comments such as, “Give your child a hug today” and, I don’t know, I guess that’s supposed to make us feel better. Just like Pink Shirt Day is supposed to make us feel better. But I’m not sure Pink Shirt Day, for all its good intentions, is ever going to deal with the new breed of bullies out there, ones who can laugh at their victims and share their torment for the world to see.

I can’t help thinking about the heartbreaking words of Carson’s grandfather, Darrel Crimeni, whose world has been shattered by what happened. 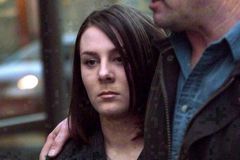 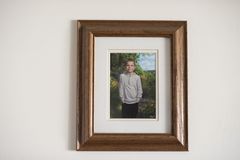 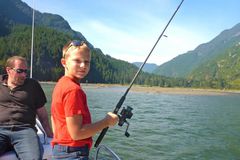