A group led by Canadian musicians has issued an open letter to back hereditary chiefs fighting against a natural gas pipeline project in the B.C. Interior – taking sides in the complex dispute between Indigenous protesters and TransCanada Corp.

The open letter comes two weeks after the RCMP arrested 14 protesters on Jan. 7 at a police checkpoint along a remote B.C. logging road that leads to the Unist’ot’en blockade. Unist’ot’en is affiliated with Dark House, one of 13 hereditary house groups belonging to the Wet’suwet’en Nation.

Nearly 300 people, including a who’s who of Canadian indie music and others such as audio staff expressing their concerns, issued their “Solidarity with Unist’ot’en statement” on Monday.

In lending their support to the Indigenous protest against TransCanada’s Coastal GasLink, they hope donations will increase to help battle the $6.2-billion pipeline project. “Those in power who care for the future of life on this planet have no business building more pipelines,” according to the letter addressed to “Unist’ot’en camp, land defenders in Wet’suwet’en territory.”

“Your hereditary government is showing more leadership in climate action than Canadian elected officials. For that strength and commitment we are grateful,” the statement concludes.

Nearly $225,000 has been raised over the past month to help the Unist’ot’en challenge Coastal GasLink in B.C. Supreme Court. A judge granted an interim injunction last month to allow pipeline workers temporary entry across the Morice River bridge until May 31. The Indigenous blockade on the bridge came down on Jan. 11, after the RCMP and Wet’suwet’en hereditary clan chiefs agreed to a deal to comply with the interim injunction.

Another $207,000 has been collected in donations for the Gidimt’en clan, one of five Wet’suwet’en hereditary clans, which in turn oversee the 13 house groups.

Several celebrities and social activists were not part of Monday’s letter, but already had taken to social media within days of the arrests to express their support for the Unist’ot’en, including Ellen Page, Susan Sarandon, Mark Ruffalo and Naomi Klein.

Coastal GasLink wants to construct a 670-kilometre pipeline that would run from northeastern B.C. to a planned $18-billion liquefied natural gas terminal in Kitimat on the West Coast. The plant, for exporting LNG to Asian markets, will be built by LNG Canada, the Royal Dutch Shell PLC-led consortium.

LNG Canada said the value of contracts and subcontracts with local First Nations so far exceeds $175-million, part of $937-million in approved spending related to the Kitimat terminal. The pipeline has been approved by all 20 elected bands along the route and TransCanada has conditionally awarded $620-million in contracts to Indigenous businesses in the region.

In its court application for the injunction, Coastal GasLink names two defendants: Freda Huson, an elected councillor with the Witset band, and Warner Naziel, who claims the hereditary title Smogelgem.

“Coastal GasLink has engaged in extensive information exchanges and discussions with the Office of the Wet’suwet’en and the hereditary chiefs regarding the selection of the proposed project route through their traditional territory,” Coastal GasLink said in its court filings, adding that it “has had limited success consulting with Dark House," with most inquiries ignored by Ms. Huson. 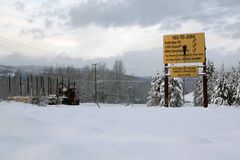 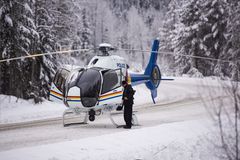