It was a plot twist not in the script. In mid-March, Todd Lapp went into a weekend as chief lighting technician – also known as a gaffer – on the new Nickelodeon TV series The Astronauts. A few days later, production on the show, along with scores of other projects, was shut down because of the COVID-19 pandemic.

Now almost three months later, the 45-year-old veteran of the B.C. film industry, with credits on such shows as Smallville and The Man in the High Castle, is among thousands of idled workers in the province’s stalled production sector.

“I have felt a lot like I have been treading water,” Mr. Lapp said. He has been learning music theory, tending to household projects and covering his costs with the Canada Emergency Response Benefit.

And he said there are challenges ahead in the industry. “Until there’s a [COVID-19] vaccine, I don’t think there will be any kind of normal."

British Columbia is North America’s third-largest production sector. Films and television series contributed $3.2-billion in production spending to the province’s economy in 2018-19. The sector has benefited from legions of trained crews, its same time zone and proximity with Hollywood, which largely finances production, and its majestic natural locations. The result has been a booming feature film and TV production sector, which has yielded such series as Batwoman, The Flash, Riverdale and The Good Doctor and feature films ranging from Deadpool (and its sequel) to Fifty Shades of Grey and Star Trek Beyond.

All of this has been knocked for a loop, shutting down an industry that Premier John Horgan recently described as an “enormous employer in B.C.”

That’s because there is little about the routine of making either films or TV that is compatible with the new norms of physical distancing – although efforts are under way to reimagine that process.

David Shepheard, the Vancouver film commissioner, said that the routines of the film industry have been developed over decades. “Now literally within a few weeks, it has been turned upside down, and we have to find a new way of producing film. That’s the challenge,” Mr. Shepheard said.

Cast, creative staff and crews work in close quarters on soundstages largely in the Lower Mainland. Whether it’s a moment of intense dialogue, a love scene or a fight, much of the work around creating programming is about actors being up close.

Creative BC, a provincial agency that nurtures the arts in B.C., has rallied stakeholders to come up with a safety plan that would have to be approved by WorkSafeBC and the provincial health office. A best-practices coalition of more than 20 members, including WorkSafeBC, unions and content creators such as Home Box Office, Netflix, the Walt Disney Company and Warner Brothers Television are involved in the review.

No one is yet committing, in detail, to specifics on how the industry might have to change, with various parties saying it is all a work in progress. Creative BC declined comment for this story.

Some jurisdictions elsewhere in the world are committing to new tactics. Although production has yet to resume in India, the Producers Guild of India has released a plan that includes daily drills on safety procedures, avoiding the use of crew over 60 and deploying “anti-COVID boys” to make sure sanitization, hygiene and safety procedures are followed.

France’s Labour Minister is reviewing a plan that calls for hiring counsellors on set with expertise in coronavirus and bans on exterior shoots unless the areas can be cleaned before shooting.

Iceland, which has played host to such international productions as the film Batman Begins and the series Game of Thrones, has said international film and TV staff who do not have COVID-19 can seek an exemption to a 14-day quarantine on arrival in the country as long as they abide by procedures that include direct travel by private vehicles from the airport to their hotels and production sites.

Earlier this month, the U.S. state of Georgia, a location for the production of Marvel feature films and Netflix’s Stranger Things series, announced a best-practices guide for filming. Among other things, it suggests the elimination of any self-serve fruit or snack bowls on set, using alternative shot setups and camera angles to allow for greater distance between actors, and reducing the number of extras – also known as background performers.​

In a recent conference call with California Governor Gavin Newsom, who was expected to soon release guidelines allowing for film and TV production in some areas of the state, Netflix chief content officer Ted Sarandos said the streaming service has production happening in Iceland, Sweden and South Korea and procedures there might be useful elsewhere. The service has had key productions in B.C.

Mr. Lapp said even ahead of the shutdown, some safety measures had been implemented on the set of The Astronauts, a show about a group of kids accidentally launched into space. There was more frequent cleaning in common areas and food for cast and crew was individually wrapped and portioned out and handed out by one person.

One pending shift, he said, might be the creation of zones on sets, with cast and crew only cleared to go into zones relevant to their work.

Figuring all of this out is an especially urgent challenge for B.C. More than 70,000 people work in the province’s film and TV sector. Some workers, in visual effects and animation, have been able to work from home, but most are involved in live-action production and have been sidelined.

Jason Cameron of the Union of British Columbia Performers, an autonomous branch of the Alliance of Canadian Cinema, Television and Radio Artists, said there were about 45 productions in B.C. on March 13. “On March 16, we were down to zero."

Over all, Mr. Cameron said, work on those projects would have employed between 1,200 to 1,400 workers, who were immediately laid off. Even if production resumes, Mr. Cameron said, there is not necessarily an expectation that it will return to the levels of March for some time to come.

Mr. Horgan has made the resumption of production a priority. In early April, he said that Hollywood, which funds much of B.C. production, has been looking favourably at the handling of COVID-19 in the province.

"They’ve seen the curve is starting to bend in the right direction. They see the programs that we’re putting in place, and they see an opportunity to return to B.C., perhaps, faster than they will to other parts of North America.”

In a May letter to the industry, provincial Culture Minister Lisa Beare said she could see the production industry being able to resume work in June and July.

Many of the directors for series come from the United States. In the past, they would come in for preparation, call the shots on a project and leave. Now, 14-day quarantines will have to be worked into the equation. And they will apply to foreign guest stars for series. This week, Mr. Horgan acknowledged that but said: “If you have to spend two weeks in isolation, Vancouver is not a bad place to do it. Vancouver Island is not a bad place to do it.”

The CW network, based in Burbank, Calif., had at least eight series shooting in British Columbia in 2020, with at least one other, a show about Superman and Lois Lane, in the works for production later this year.

In a recent conference call with journalists in mid-May, Mark Pedowitz, the network’s CEO, said that companies making their content, including Warner Bros. TV, hoped to resume production in September with new safety protocols in place. He acknowledged that production might begin later in 2020.

Mr. Cameron is cautious about targets. "It’s one thing to have a target date, but it’s all understood that things are subject to change.”

Mr. Lapp said he is confident things will work out.

“The great thing about film is that everyday when you show up for work, you are adapting to a different story. So we’re adaptable.” 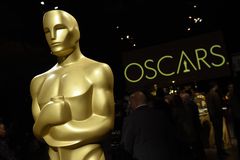 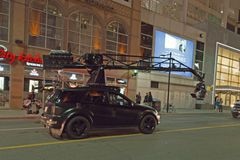